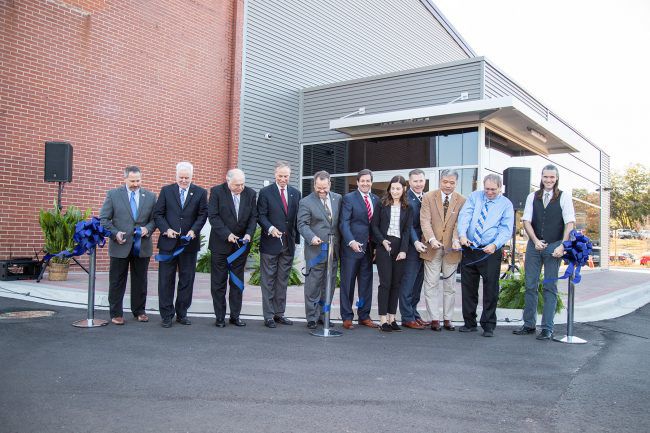 The new laboratories include two biomechanics labs, a motor control lab and a human performance lab, and they are available for both undergraduate and graduate students, according to a GS press release.

Area physicians can also use the facility’s patient consulting rooms for their patients, according to the press release.

Renovating the 11,000 square foot space was funded through the state of Georgia and cost $5 million, according to the press release, with design and construction completed by civil engineering and architectural firm Hussey, Gay and Bell and general contractor Sheridan Construction respectively.

The press release states that students will be able to work alongside faculty in the following areas:

The new kinesiology facility is the only facility of its kind in the region, according to the press release.

“The technology available to students in this newly renovated space is second to none in the region, but more importantly, the research being done here is having a significant impact on the field of kinesiology, and on real, everyday people,” GS President Kyle Marrero said in the press release. “This building will expand the facilities and capabilities of Georgia Southern, but it will also expand the firsthand experience of our students.”