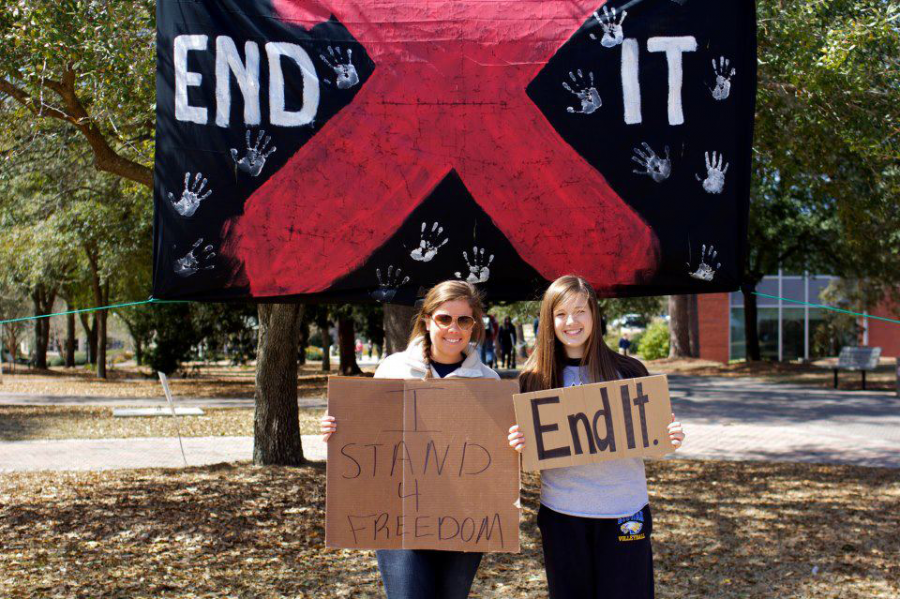 Next Wednesday it is estimated that over 800 students on Georgia Southern University’s campus will take a stand against human sex trafficking.

The local chapter of The event will start at 8 a.m. and end around midnight. Fair trade coffee and chocolate will be provided throughout the day.

“Starting at 6 [p.m.] it will become more of a church based event,” Cody Dyer, junior human geography major, said.

There will be a worship and prayer rally with bands performing and spoken word from Mike Young, who hit YouTube celebrity with his “You are Beautiful” video last year.

Last year 850 people signed the petition and $1,500 was raised. All the money raised this year will go back to IJM to help pass legislation to stop trafficking, prosecute those involved and free the victims.

“We were one of the top five programs going on last year,” Rogers said. “GSU got some attention for that.”

This event may remind some of the growing End It Movement and that’s because the two organizations work together since they focus on the same cause. The End It Movement has gained a lot of traction in youth groups in churches across the country becoming the focus of many conferences in the last few years.