Where are they now? From college baseball to the pros 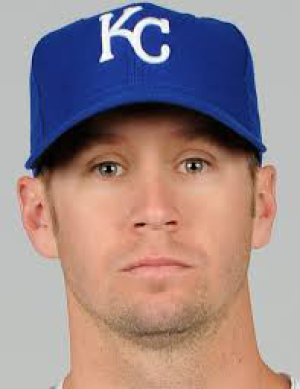 While college baseball is in full swing, professional baseball has just begun, and six former Georgia Southern University players received assignments to the teams they will play for this season.

Overall a total of eight GSU players are playing or are on a professional baseball team, with four in Single-A, two in Double-A, one in the Korean league and one is a bullpen catcher for the San Diego Padres.

Everett Teaford was a former Eagle drafted in the 12th round of the 2006 amateur draft by the Kansas City Royals. He played the majority of the 2013 season with the Royals Triple-A affiliate before making an appearance on the big-league club. Teaford was competing for a spot this season on the Royals before having his contract bought by the LG Twins of the Korean League.

Griffin Benedict a former player off of the 2009 NCAA regional team and a 16th round selection in the 2009 draft will be in his fourth season as the San Diego Padres bullpen catcher. Prior to his current role, Benedict played a total of 98 minor league games that spanned two seasons with three of the Padres minor league affiliates.

Andy Moye, a 15th round selection in the 2011 draft will be starting off 2014 playing for the Huntsville Stars, a Double-A affiliate of the Milwaukee Brewers. Moye will be in his second season in Double-A and has a career minor league record of 21-21.

Another draftee from the 2011 draft is a former Eagle pitcher is Matt Murray. Murray was drafted in the 10th round by the Kansas City Royals and currently is in Advanced Single-A. Murray was promoted from Single-A last season after posting 60 strikeouts and allowing hitters to hit only .199 in 53.1 innings.

The final draftee in the 2011 class is outfielder Shawn Payne. Payne was drafted in the 35th round by the San Francisco Giants and currently plays with the Single-A affiliate Augusta GreenJackets. Payne made it as far as Advanced A ball last season in San Jose after batting .239 with five home runs and 50 runs batted in.

One of the more notable Eagles in recent history, 2012 first round pick Victor Roache will start off in Advanced Single-A Brevard County, a minor league affiliate of the Brewers, after hitting 22 home runs and driving in 74 RBI’s last season in Single-A. Roache currently is the Brewers No. 8 overall prospect in the organization and expected to make his way to the MLB in 2016.

Chris Beck was taken in the 2012 draft in the second round by the Chicago White Sox and will start off in Double-A Birmingham after a 13-10 overall record last season split between Advanced-A and Double-A last year. Beck is currently listed as the No. 10 overall prospect in the White Sox organization.

The final player to receive an assignment is 2013 graduate and free agent signee Justin Hess. Hess was not drafted, however he was picked up by the Houston Astros and will play this season in Single-A Tri-City ValleyCats. Hess impressed the organization last season going 1-0 in five games with a 1.04 ERA and allowing hitters to hit only .194.

The road is long for these former Eagles but the future still looks bright and possible, and you can see them playing in a ballpark near you.