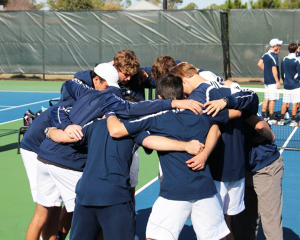 For doubles play, the team of Webb and Kerrigan beat Christ and sophomore Ben Horst 8-5. The team of Osorio and freshman Nico DeGroof and the team of Hoffman and Racy did not secure wins, although both teams played well.

Wofford’s doubles play was impressive on Sunday. The Eagles could not obtain a win in their three doubles matches. DeGroof and Osorio lost a very close set 8-7. Webb and Kerrigan followed with a loss 8-3. Hoffman and Racy, as the final team, lost 8-3.

The Eagles will be playing again at home on Friday, March 7 at 2:30 p.m. against Davidson College.