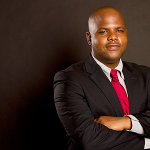 Georgia Southern University students will have the unique opportunity of hearing about the shortcomings of the U.S. criminal justice system from an attorney who defied poverty that stars in the HBO documentary “Gideon’s Army.”

Public defender Travis Williams will present “Locked Up and Locked Out: Mass Incarceration and Disenfranchisement in America,” in the Russell Union Ballroom tonight at 7 p.m.

“It is an issue that spans across many different disciplines at Georgia Southern. It’s a great example of how our public policies interact with our daily lives,” April Schueths, assistant professor of sociology, said.

He will speak on many of the issues that were focused on in the documentary which follows Williams and two other young public defenders who challenge the assumptions that are rampant in the criminal justice system and defend the poor.

He will also speak on what it is like to be a public defender and his first-hand experiences between the poor and law enforcement.

The documentary gets its title from the landmark Supreme Court ruling of Gideon v. Wainwright, which established the right to counsel for those who could not afford it over 50 years ago.

“I think it would be a great opportunity for students to experience diversity. With the different things going on in society that involve mass incarceration I thought it would be really great information to learn about. I feel like he is an excellent person to speak on mass incarceration,” Chasity Thompson, senior sociology major and president of the Sociological Society, said.

Born while his mother was on the run after escaping from department of corrections custody, Travis Williams climbed his way out of poverty by putting himself through college.

He was named the 2011 Assistant Public Defender of the Year by the Georgia Association of Circuit Public Defenders, “Rising Lawyer Under 40” by the Daily Report in 2012 and has tried 23 felony jury trials losing seven.

Thompson said, “Every time that he loses a case he gets the case’s name tattooed on his back as motivation to help him to continue to grow as a public defender.”

He has approximately 15 appeals and he has been granted five reversals by the Georgia Court of Appeals.

There will be a meet-and-greet with Travis Williams before his presentation in the Russell Union room 2047 from 4-5 p.m. where students will be able to ask questions and get to know him better.

“I want students to take away information from this experience and we want them to learn how mass incarceration affects them. I encourage everyone to come out, faculty, students, staff, everyone,”Thompson said.

This event is sponsored by the Multicultural Student Center, the Department of Sociology & Anthropology, the Justice Studies Club, the NAACP, the Association of Latin American Students, the Sociological Society and the Campus Life Enrichment Committee.

The event is free and open to the public and students are asked to bring their Eagle I.D.