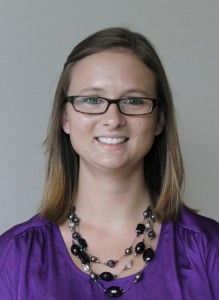 Curington is a writing and linguistics major from Warner Robins, Ga.

With Valentine’s Day come and gone and wedding season quickly approaching, the bitter bug has bitten quite a few people. Listicles like “25 reasons to not get married before 25” seem to be cropping up everywhere online and, in turn, shared on social media sites like Facebook.

Considering that I’m someone who got engaged at age 20 and will marry this summer at age 21, I laugh at those lists. Those lists instill the idea in people that you cannot be independent, adventurous or successful in your career if you decide to marry at a certain age. They also tell people that they are not intelligent enough at a certain age to make a life changing decision.

I find that absolutely hysterical.

At age 18, most people enter college with the decision of what job or career field they will be in for the rest of their life. Four years is what it takes to prepare you for the job you hope to do until you die.

By the time I get married, I will have dated my fiancé longer than I’ve been in college. I think that over those four years of dating, I’ve been prepared in what is necessary for a healthy and happy marriage in the same way I’ve been prepared for what the world of working adults has in store for me.

Another thing those lists tell people is that you cannot achieve the things you’ve always dreamed of if you are married, that the partner you’ve married is going to be someone that hinders you.

I find that disgusting.

The person you’ve chosen to marry is going to enhance your life; they will change you for the better with their love and support. They will be your partner-in-crime in the adventures you decide to pursue in life. They will be someone you make memories with, not someone that prevents you from making those memories.

Don’t get me wrong, I don’t think that everyone should marry young. I think some people are meant to be married at 21 like me, while others won’t be ready for marriage until their 30’s, maybe even 40’s. I don’t think marrying “young” makes me better than my friends that won’t marry for another decade. I don’t think it makes me less intelligent or independent than them either. Marriage should be about the fact that you cannot be the person you were meant to be – the person you want to be – without your partner. Marriage shouldn’t be about what age you are when you meet that person.

Curington is a senior, writing and linguistics major from Warner Robins. She is a news re