The concert opened with Nichols III’s piece “STONES,” a composition for the disklavier and electroacoustic sounds. The piece was completed in 2020, and Nichols III explored what the disklavier could offer in conjunction with fixed media, according to the GS Department of Music’s provided program. 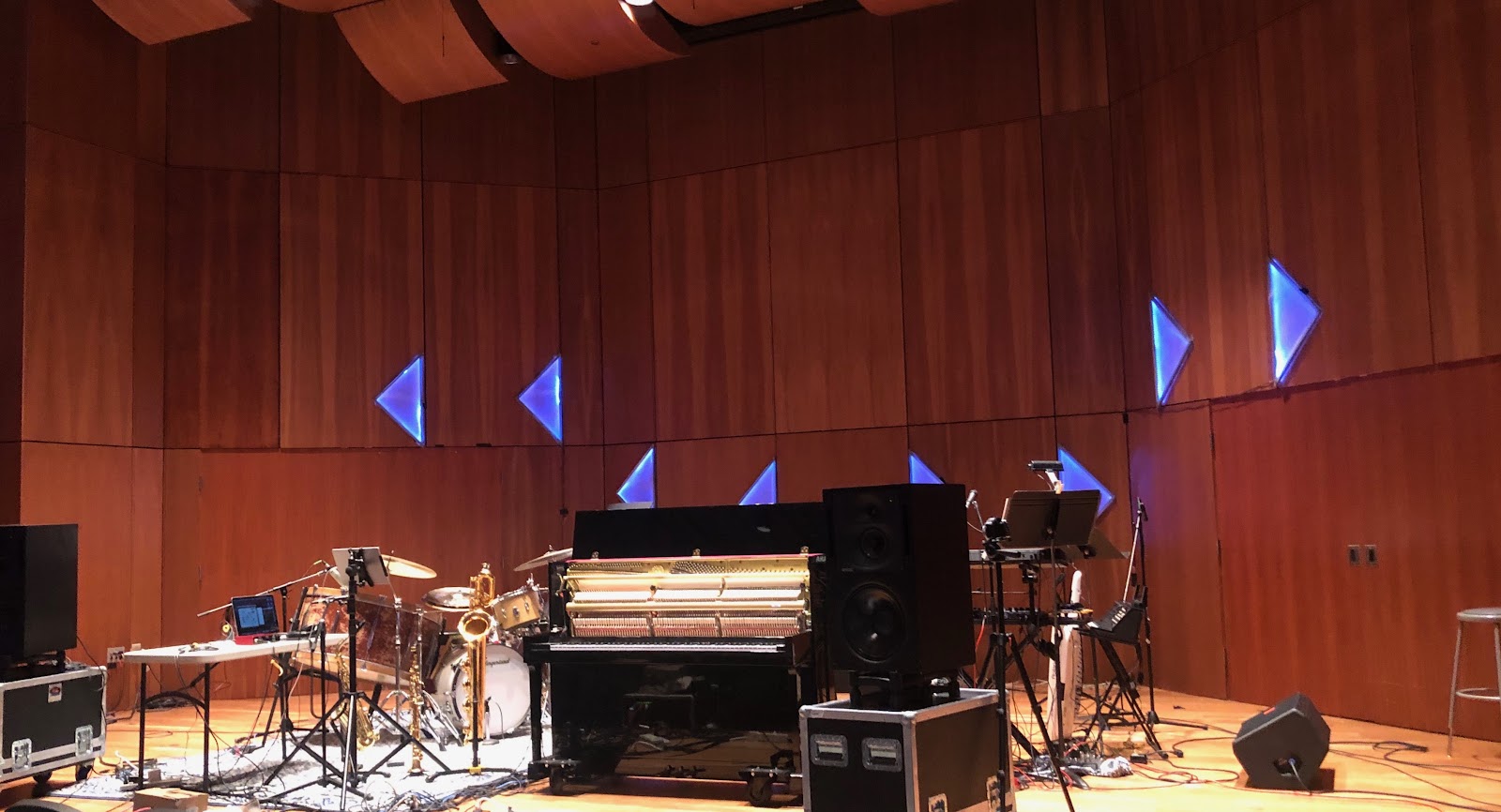 A disklavier is an acoustic piano with record and playback options, according to Yahmaha.

Following Nichols III, Alex Sellers, GS alumni, played “Love Song” by David Werfelmann on soprano saxophone with fixed media. Throughout the piece, there were recorded quotes from many different people about love. 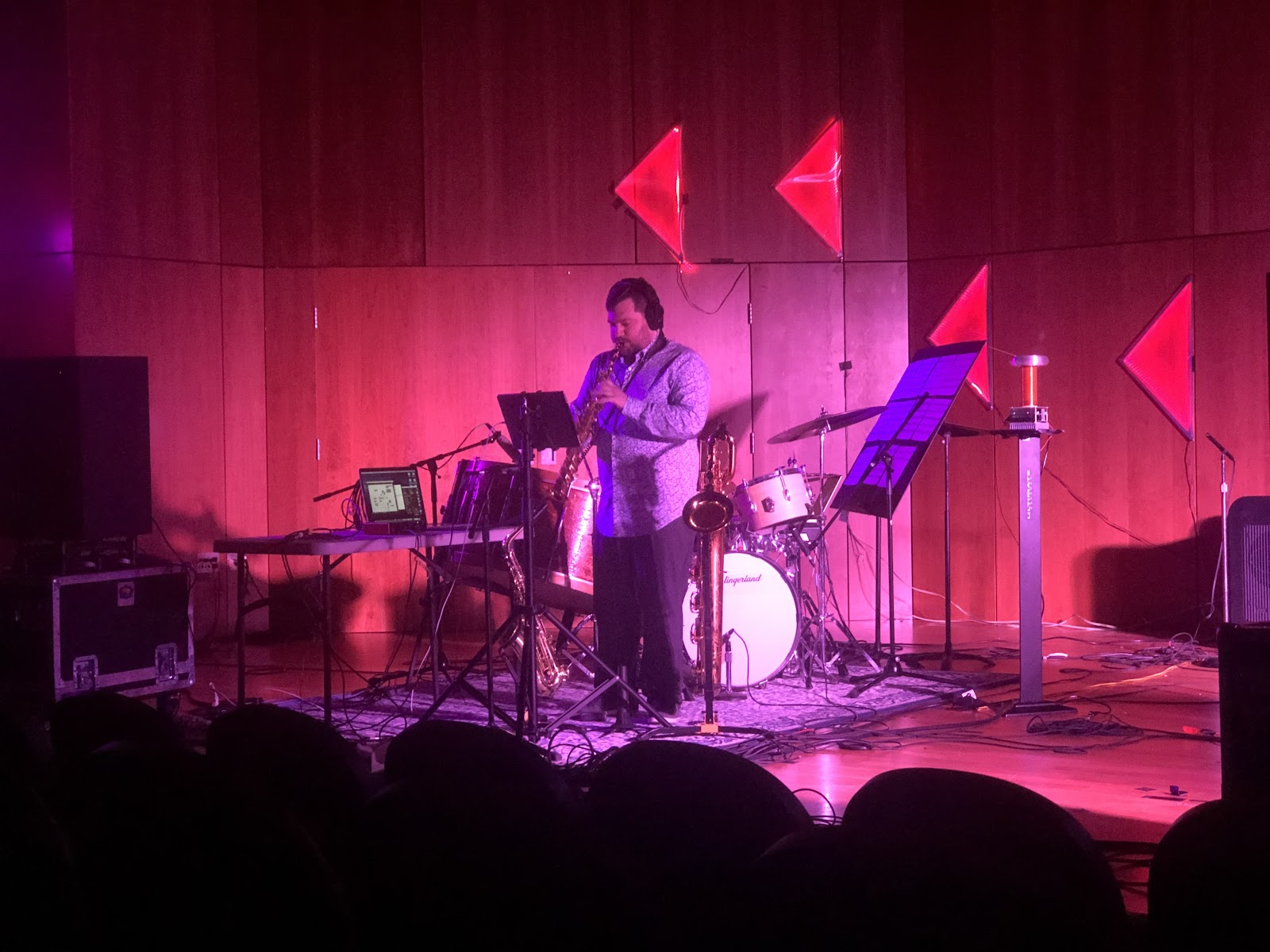 “Well, I did a piece by John Nichols III, and it was a piece he commissioned for Scott Deal,” said Thompson. “And it’s a performance for drum set and electroacoustic-like media. So there’s a fixed media track, and I just play what he has written underneath it and then he’s spatializing it with an eight speaker surround sound setup, so he’s live panning it and moving it around the room as I play.”

Thompson said he practiced the piece for a few months and talked to Nichols III about things to edit and change throughout leading up to the performance. 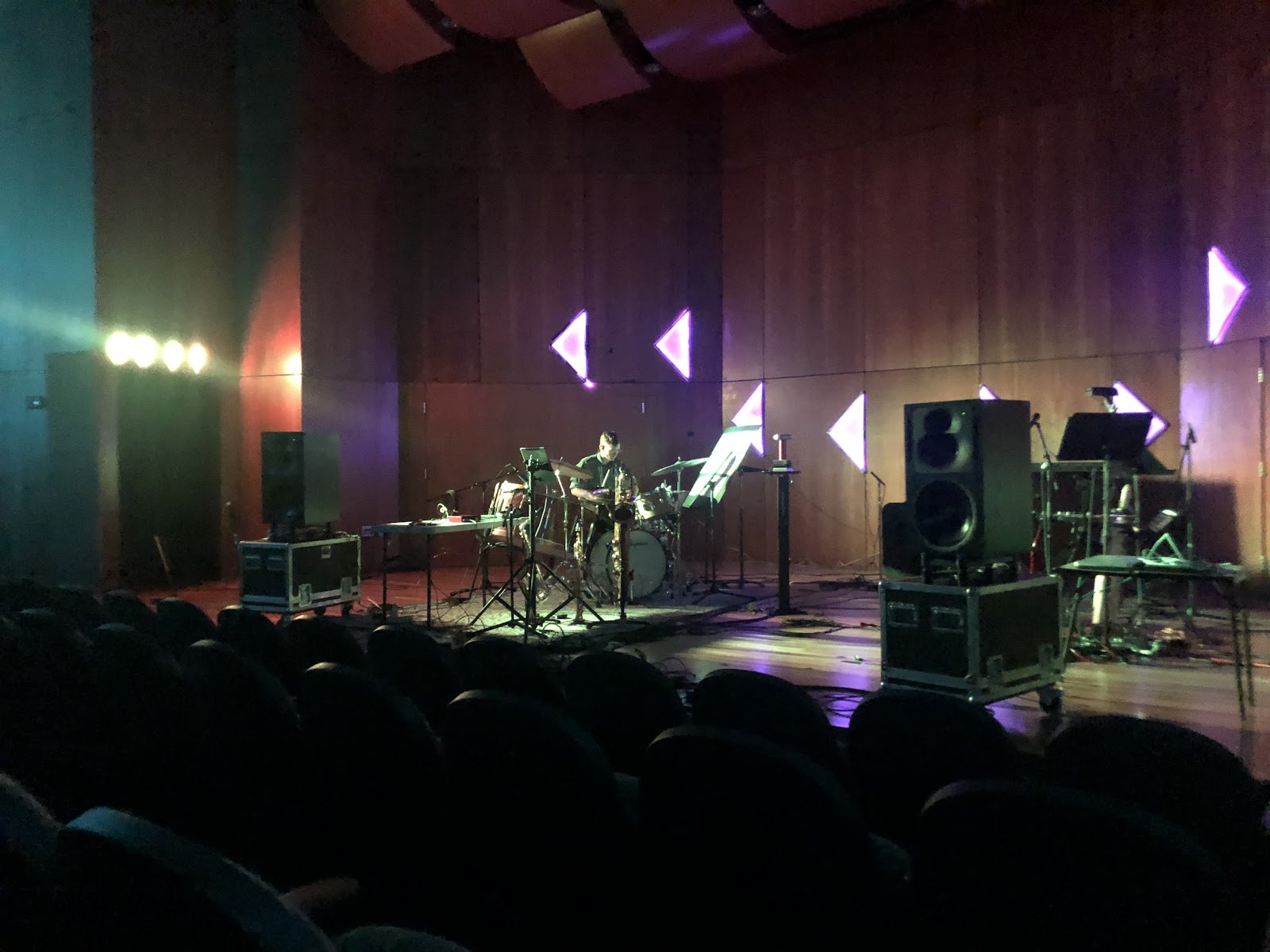 “The Pillar references ‘a pillar of cloud … and a pillar of fire’ written in Exodus. This account of the Israelites wandering where the pillar leads them by day and night informed the contours represented in the percussion. The fixed media, which temporally preceded the percussion part in creation, informs the instrumental component,” according to the provided program.

The night ended with Eddie Farr and Eric Stetson performing a number of pieces: Visualization, Funky Funky Kalimba Loops, Ode to Joy (for helicopter), Confession and J.S. Bach Invention No. 15 in B minor for Baritone Saxophone and MIDI-controlled Tesla Coil.

“Confession” consisted of Farr playing on his keyboard and saying lines from what appeared to be his diary, as suggested by the first line spoken beginning with “Dear Diary.” The audience laughed throughout the piece. The last piece was played with a keytar hooked up to a tesla coil.

From electroacoustic compositions to audiovisual live-coding, “Channel Noise XX” showcased a variety of music that opened one’s minds to the possibilities of what music has to offer.