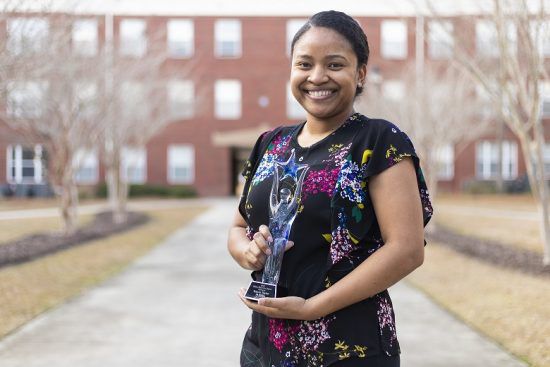 Beginning at 7 p.m. with a red carpet, this award show will be hosted by Weslyn “Mahogany” Bowers and will follow a similar format and style to award shows such as the Grammy’s and the Black Girls Rock! BET Awards.

Between the eight women who will be awarded that night there will be live performances of spoken poetry, song and dance along with moments of historical significance and important figures who also exemplify the categories awarded that night.

“Last year was amazing, we had a great turn out,” Maurice Nelson of the Office of Multicultural Affairs said. “This year is going to be even better so let’s hope that people come out and take part.”

This process did not happen overnight. This year’s award winners were amongst those nominated in November and have been through a carefully selective process to narrow down the nominees to candidates before this year’s invitations went out to the award winners. They will be honored with a formal red carpet entrance completed with cameras, a welcome reception and fellowship.

While this is a formal event, it is open to the public and will be taking place in the Russell Union Ballroom.