Your View: Is the “party hard” spring break accurate? 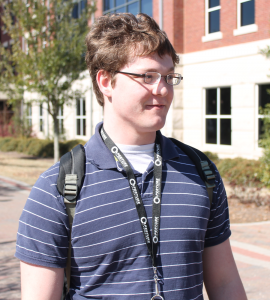 “No that’s not an average spring break because no one wants to end up on GSUproblems. For one, always have at least two designated drivers so they’ll make sure you won’t go and do something stupid you’ll regret the next day because all of your friends are drunk. Everything is a good idea when you’re drunk but it really isn’t. (What makes a good spring break) Good food, good things to watch on TV or Netflix and no homework or papers to write. That’s the best.”

“Well the way people talk about it, it sounds like that. But I think that most people just go home. Relaxing and getting away from all the work and just slowing down a bit is a good spring break.”

“I think it depends on where you go. I would say that just going with all your friends, sitting at the beach and having a few drinks is worth it. We meet up with random people and have a good time. You can reach out to other people.”

“No. I think it’s probably most everybody going home. It’s basically resting and preparing for the rest of classes. There are not many breaks. Just going home and seeing the places you used to see every day, is nice. Cut out the people that will cause problems, and make the sacrifices you need to for school.”

“I think it is when people actually go to the beaches, but most students just wanna go home, like somewhere else. Just relaxing and chilling, away from school. Just use common sense, and don’t get hammered. Getting hammered doesn’t usually lead to good things.”

“Just Chilling. That’s all you need to do for Spring Break.”

“I think that’s what students expect, but I don’t think that’s the ‘average’. Personally, I’m not doing anything super crazy this year, but that’s what some people do. It just depends on the person. Spending quality time with your friends is nice. I think that a lot of people, after one crazy Spring Break, they’re like ‘well maybe I can slow down,’ and relax.”