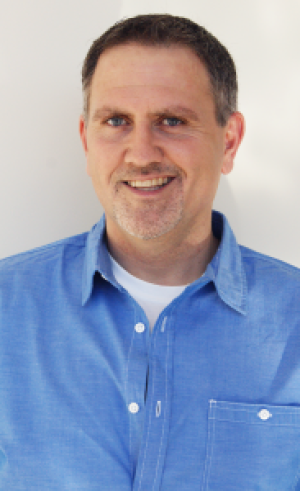 JJ Crawford, Statesboro local who is taking the lead role in the upcoming Averitt Center musical “The Music Man,” gave The George-Anne some insight of his life and acting career.

“The Music Man,” a classic musical, is taking the stage at the Averitt Center for the Arts in a few weeks, and Georgia Sothern’s own JJ Crawford is playing the lead.

“I started when I was 11-years-old” Crawford said with a gleam in his eye.

Crawford is currently the sales floor supervisor at the University Book Store, he graduated from Georgia Southern University in 1998 with a degree in Spanish, but has re-kindled his passion for acting through the Averitt Center for the Arts. He is currently in rehearsal to play the lead role in “The Music Man,” which will be performed at The Averitt Center for the Arts this April.

Crawford said that he wanted to be in “The Music Man” ever since he was a child. His mother was a music major and let him listen to old Broadway albums, especially “The Music Man.”

“When the opportunity came to play this role I knew I absolutely had to do it. Last summer I was probably about sixty pounds heavier and this role is very demanding so I started listening to the soundtrack every day, I started running every day, I lost a lot of weight, I got my stamina up because this role is going to take a ton of energy. I auditioned and I got it,” Crawford said.

Crawford was very active in theatre as a child.

“I was in a play called Life with Father, I played the role of Whitney Day. I had a blast. I loved it. I lived in Cedar Town, in north Georgia. I was a member of the town theatre, after that role I did a high school production of A Street Car Named Desire,” Crawford said.

Like some people, Crawford was lectured on getting a real job and majoring in something practical.

“I stopped when I was twenty because people tell you ‘you need to get a job’ and ‘you need to make money.’ I stopped acting until about two years ago or so. A friend of mine graduated from Southern with a degree in theatre and she was doing a show at the Averitt Center, the Wizard of Oz. she told me I had to audition. I ended up getting the role of the Tin Man. I haven’t stopped since,” Crawford said. “It’s interesting to find your passion at 40 years old and know that you can’t live or breathe without doing what you love.”

Crawford is excited about his future in theatre.