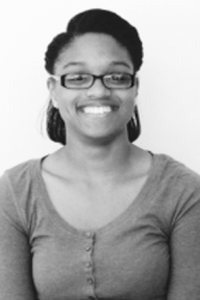 If I had a dollar for every single time my mother didn’t give me something I wanted or thought she was supposed to provide for me, I would be a millionaire by now, drinking lemonade on a yacht nowhere near Georgia Southern. This is why I think it is absolutely ridiculous that Rachel Canning, an 18-year-old high school senior from New Jersey, had the audacity to sue her parents for financial support and college tuition. Don’t get me wrong here, I see where she’s coming from completely. Your parents are expected to aid you during your phases of growth, especially during the transition from high school to college. Though for many of us, life isn’t easy and we have to find our own way. If she loses this case, and so far she is losing, hopefully it will teach her how to be grateful.

Canning comes from a wealthy home and attended an expensive private school.  Just this semester, her parents decided to stop paying for her to attend this institution due to her moving out of their home because she wanted “life without any parental supervision and without any rules,” so her mother claims.  Her parents claim they have had difficulty with her for some time now, as the report on CNN read: “Canning was suspended from school for truancy last October, according to court documents filed by her parents’ attorney, Laurie Rush-Masuret. Her parents told the teen that she could no longer see her boyfriend, who was also suspended from school. Car and phone privileges were also taken away. Once she learned of the punishment, Canning cut school again and then decided to run away, her father said in court documents.” After last Tuesday, when a New Jersey judge denied the teenager’s request for immediate financial assistance from the parents, Canning now claims that she was physically and verbally abused. You think she’s lying too? I thought so.

I truly do encourage everyone to look up this case and see all the details of it, as I couldn’t fit it all. It’s very interesting to see that in this case, blood is not thicker than water, and money is more important.  I just think there was a better way to go about this than humiliating your whole family. As I have told myself for the many times I’ve been on my own, “what does not kill will make you stronger.”