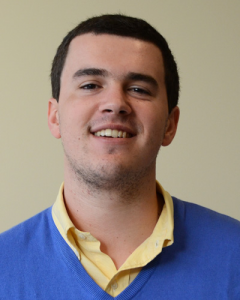 One of the premier offenses in the country will put its eight-game win streak on the line this weekend as the Georgia Southern University baseball team opens Southern Conference play against Elon University.

The Eagles (15-2) are tied with the University of Kentucky for the highest team batting average in the nation at .345.

GSU amassed a 13-1 record during the 14-game home stand that ended on Tuesday with a victory over the University of North Florida. The Eagles have not played on the road since the first three games of the season at the University of Georgia.

Being away from home could be a factor in this series. The Phoenix (11-6) have the third-best record in the SoCon and are the first real test for the Eagles since the Georgia Institute of Technology.

But if this home run-heavy, high-octane offense plays like it is capable of playing, don’t be surprised if GSU returns to Statesboro with an 18-2 record. Here are a few reasons why:

1 – Junior and senior outfielders Aaron Mizell and Stryker Brown are swinging the hottest bats in the nation.

Mizell is coming off his second two-home run game this season. He has eight on the year, tied for the most in the NCAA. Mizell also boasts a .397 batting average.

Brown leads the team in batting average, hitting .403. He has 24 RBI – tied for third-most in the country. Brown also can take the ball deep. He’s hit five home runs so far, which is already four more than he hit last season. The corner outfielders are leading the team offensively.

2 – Junior shortstop Dalton Busby is playing all around great baseball. Busby is a true-handed shortstop transfer from State College of Florida. He is as smooth as they come on defense at the college level. Head Coach Rodney Hennon said that he knew Busby was going to be a strong glove when he signed him, but is excited with how he is swinging the bat. Busby is hitting .386 with seven doubles, tied for the most on the team. He also has batted in 23 runs, fourth most in the nation.

3 – The pitching staff, both the starting rotation and the bullpen, are throwing with supreme confidence. They have a team ERA of just 2.49, which ranks in the top-40 in America, and has held their opponents to a .228 batting average in the process. Elon bats just .261 as a team, so expect pitching to be a plus for the Eagles this weekend.

The staff is led by junior LHP Sam Howard. Howard (3-1) has slid comfortably into the team’s No. 1 spot. Howard struck out 30 batters in 25 innings pitched and holds a 1.08 ERA.

Sophomore LHP Jason Richman started 14 games last season but has come strictly out of the bullpen this year. Other than Howard, Richman has thrown the most innings on the team with 22. He has a 1.64 ERA. The tall southpaw has an unorthodox delivery that confuses batters with his low arm slot. No matter who throws before him, adjusting to Richman’s release point is not easy.

Elon is a good ball club that will be vying for a top spot in the conference towards the end of the season. But this GSU team is so deep, with nine players hitting over .300, that it will take more than a good team to beat them.

Do not count on a sweep, but do count on the Eagles winning two of three. If GSU wins the series, look for them in the top-25 rankings next week.