Our rocky relationship with Russia 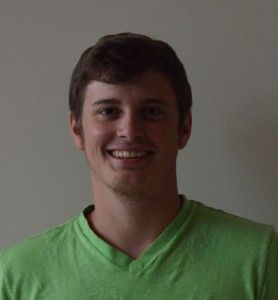 In 2012, presidential candidate Mitt Romney was mocked, ridiculed and labeled “ignoramus of the year” by the liberal media. Why? Well, mainly because he wasn’t Barack Obama, but also because he remarked that Russia was our biggest geopolitical foe. As a result, MSNBC’s self-proclaimed intelligentsias were quick to defame Romney as out of touch with reality. After all, the Cold War ended in the ‘90s. Didn’t the old man get the memo?

Critics then proceeded to list countries who we should be far more concerned with including North Korea, Iran and Syria. Romney was incorrect about some things. For instance, the notion he was relatable to the American public was ludicrous, but he was spot on concerning Russia.

First and foremost, how about that Vladimir Putin? Some people, gee whiz. This guy relinquishes the presidency to his protégé Dmitry Medvedev and assumes the role of Prime Minister. Later, he decides the PM lifestyle isn’t his cup o’ tea and reassumes the presidency. How? By altering Russia’s constitution and extending presidential term limits from four to six years. This enables him to run and “win” an unprecedented third presidential term. Talk about political maneuvering.

Since his reelection, Putin has worked tirelessly to reduce Mother Russia to committing the oppression and human rights violations the USSR was notorious for. Ah, the good ‘ole days. His accolades include imprisoning a rock band for “undermining the moral foundations” of Russia, and passing an internationally condemned anti-gay law aimed at eliminating homosexual “propaganda,” or materials that might be offensive to the traditional lifestyle. This guy does it all!

Then there is this whole Edward Snowden misunderstanding. A minor incident that can best be summed up as the single largest leak of classified U.S. documents of all time. And guess who granted the “traitor” or “freedom fighter” the asylum necessary to spare him from the wrath of U.S. authorities? Just think, there is no telling what info Russian authorities received in exchange for keeping Snowden safe. The squealer probably showed them everything he had. Likewise, counterintelligence agents now report that Russian espionage activity in the U.S. is back at Cold War levels. Want to learn about America? Call a Russian.

Finally, Russia still has possession of the second largest stockpile of nuclear weapons in the world.  They do unpredictable acts like invading a country during the Olympics and veto UN sanctions on Iran and Syria, thereby propping up unstable and dangerous regimes.

It is undeniable that Russia is rapidly recovering economically and militarily from the downfall of the Soviet Union. They are no longer just our former rivals of a time long gone. They’ve learned and adapted to become a major player in geopolitics. Romney was right.