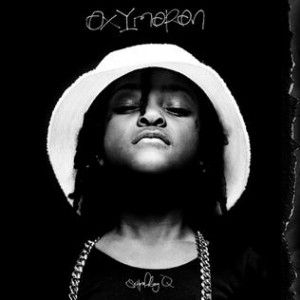 As a whole, “Oxymoron” was a satisfactory meal but not quite filling enough.

Throbbing, explosive, eccentric, real, abrasive and gritty California based rapper Schoolboy Q shows that he has no respect for listener’s eardrums in his banger of an album “Oxymoron”.

Schoolboy released his album today at exactly 12 a.m. The album was to be released initially in the summer of 2013: however due to conflicts with timing it was released today. “Oxymoron” is his third overall album but first major label album. Schoolboy Q is a quarter of the powerhouse rap group Black Hippy.

With a confusing, creative, unorthodox and rough sound “Oxymoron” is definitely an album to remember.

“Molly gon’ pop, I’m about that life,” Schoolboy Q raps with the sound of a bass nearly drowning him out in the background. The album focuses mostly on the party scene with songs like “Hell of a Night” and “Los Awesome”. The songs feature heavy references to drugs, sex, and drunken nights.

Songs like “The Purge,” “Gangsta”, and “Fuck L.A.” travel down more of the road of gangster rap. “Doing drive-bys I ain’t steering” Q exclaims. The lyrics focus a lot on violence and the gang-infested streets of Los Angeles where he was raised.

With crazy beats and bass that was specially produced to blow your speakers and burst your eardrums. “Oxymoron” is definitely an album listeners can ride to.

The albums main flaw is its lack of substance. The only song of substance and soul on the album was “Blind Threats.” Wu-tang rapper RaeKwon did Q justice by dropping a hot yet deep verse on this track.

Schoolboy didn’t sell out but he does produce a more mainstream sound. The production quality went up while the lyrical quality went down.

His previous album “Habits and Contradictions” was better by a longshot. It is what brought Schoolboy to the light and lead single “Collard Greens” from “Oxymoron” doesn’t even touch hits “Blessed,” “Druggies with Hoes Again,” or “Hands on the wheel” in any facet.

Fans expected much more from the rapper and Black Hippy member.

“He just didn’t rap the kind of rhymes he usually does. His lyrics weren’t bad but they definitely weren’t great. His label mates Ab-soul and Kendrick Lamar definitely blow him out of the water lyrically, I expected much more,” Darius Jackson, junior marketing major, said.

The best part of the album was its production quality, you can tell an abundance of time and effort was put into this project. The production of the album is what made it a good, not great, album.