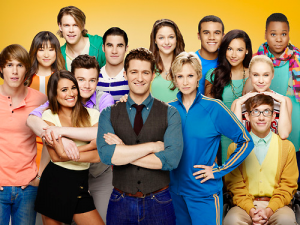 Humor and heartbreak flourish as this campy musical dramedy resumes its fifth season with the action-packed episode “Frenemies” as aspiring Broadway diva Rachel (Lea Michele) and songstress Santana (Naya Rivera) battle it out for the lead role in a popular musical. Recurring guest star Adam Lambert will also appear as a new rival for Kurt Hummel (Chris Colfer) as he jumpstarts his new band.

Scandal delivers more gut-wrenching twists and turns in their midseason premier episode “Ride Sally Ride” as the lawyers from Pope and Associates rally to aid a homicidal Vice President and track down Pope’s dubious, deceiving mother. Kerry Washington stars as enigmatic lead Olivia Pope in this compelling political drama about the undercover scandals of the D.C’s elite alongside Tony Goldwyn as President Grant.

This year will mark the 86th Annual Academy Awards and will be hosted by comedic talk show host Ellen DeGeneres. Nominated for best picture this year are “American Hustle,” “Captain Phillips,” “Dallas Buyers Club,” “Gravity,” “Her,” “Nebraska,” “Philomena,” “12 Years a Slave” and “The Wolf of Wall Street.” And almost as important as the show, is the red carpet fashion beginning an hour and a half before the Oscars.

Norman Bates’ famous quote, “A boy’s best friend is his mother” never rang as true as it has in this unnerving “Psycho” prequel. Norma Bates (Vera Farmiga) and her psychotic son Norman (Freddie Highmore) must deal with the aftermath of the murder in the season one finale of this haunting show about a homicidal mother and son who move to a new town in an attempt to run from their shady past.

Revenge returns with the new episode “Payback” in the midst of much confusion as Emily Thorne (Emily Van Camp) experiences a blip in her plot of vengeance against the powerful Grayson family as Victoria (Madeleine Stowe) begins to delve deeper into her past and Conrad Grayson’s ex-wife returns to the Hamptons in this suspenseful drama about the ruthless acts of the Hamptons elite.

Still going strong, Dancing with the Stars will be waltzing through their 18th season this year with the confirmed celebrity list still yet to be announced. The official stars list will be revealed on March 4 during “Good Morning America.” A few potential celebrity names have been rumored for this season such as Australian pop singer Cody Simpson, Bruce Jenner (Keeping Up with the Kardashians), and several Winter Olympians. None of these have been confirmed. Also being announced on “Good Morning America’s” March 4 episode is which professional partner each celeb will be paired up with for the new season.

This epic fantasy returns to its fourth season as the characters must face daunting new challenges as the Lannisters continue to rule with an iron fist, and Daenerys (Emilia Clarke) plots her next plan of action on the course to conquer Westeros. Peter Dinklage and Lena Headey also star as the dysfunctional Lannister siblings in this multi-character drama.