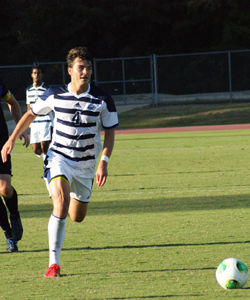 move with the athletic department to the Sun Belt Conference.

Back when GSU accepted its spot in the Sun Belt, the conference did not sponsor

men’s soccer, so the future of where the team would play was in question. The Sun

“Since last spring when we announced the department’s move to the Sun Belt, we’ve

been working hard to find a conference home for our Men’s Soccer team,” Athletics

Director Tom Kleinlein said in a news release. “It took some out of the box thinking

and conference partnerships, but we were able to come up with a great solution that

There are to be six total programs to participate. There will be three full-time

University, and the New Jersey Institute of Technology.

Benson said in a news release. “Our new affiliate members provide us with a full

field of competitive teams and we welcome them to the Sun Belt Conference.”

an automatic berth in the NCAA Tournament.

in 2014 and beyond,” Head Coach Kevin Kennedy said in a news release. “I believe

athletes are looking forward to the challenge of this upcoming season. I would like

to applaud the efforts and hard work of Tom Kleinlein and Dr. Brooks Keel. Their

been nothing less than extraordinary. I believe this is a real success story for college

soccer and I’m proud that Georgia Southern is going to be a part of this league.”