Players to watch: Southern vs. State 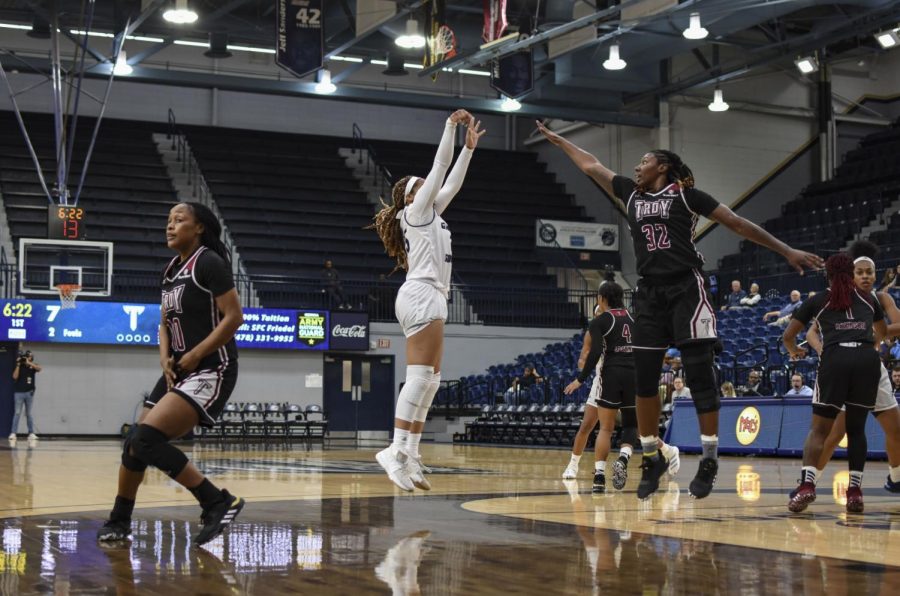 Georgia Southern guard Nikki McDonald has found her presence on the court as a new Eagle and averages about 8 points per game.

The Eagles have gone 0-4 in the last four games with losses at home to Troy and South Alabama and losses away from Hanner against Little Rock and Arkansas State.

Similarly, the Panthers in their last four games have gone 0-4 with losses at home to Troy and South Alabama and losses away from home against Little Rock and Arkansas State.

This game is crucial for the Eagles as they had lost both matchups to the Panthers last season and haven’t beaten them since January 19, 2016, when they won 61-50.

The Eagles are led by senior guard Alexis Brown (4) who averages 11.2 points per game and grabs 4.2 rebounds per game while shooting 36 percent from the 3-point range. Brown has been in and out of the starting lineup since she became a part of the GS 1,000 points club back in December in a 70-57 win over Wofford.

The Panthers are led by sophomore guard Taylor Hosendove (11) who averages 11.8 points per game and grabs 9.3 rebounds per game while shooting 46 percent from the field.

The Eagles come into the game struggling as a team from 3-point range as they’ve shot about 26 percent from beyond the arc.

The Panthers also come into the game with the same 3-point struggles as they’ve shot about 23 percent as a team.

The Eagles will also look to stop their turnover problems that have plagued them most of the season where they’ve had over 15 turnovers in 13 out of 17 games.

Tip off is set for 2 p.m. Saturday in Hanner Fieldhouse.