From Fabric to Fashion: The Story of Jamar Fordham 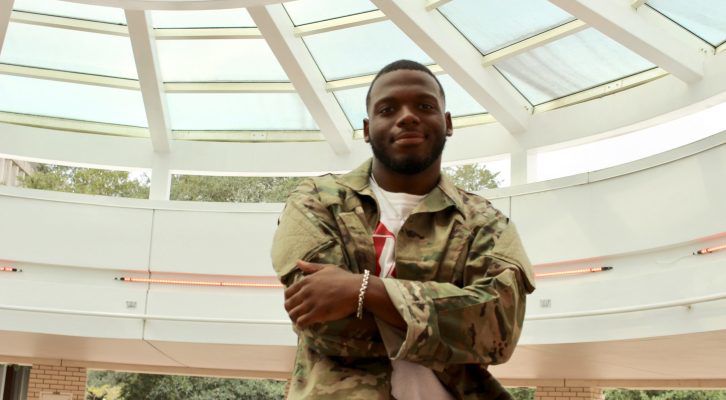 Jamar Fordham has always known he wanted to have his own clothing brand, but it wasn’t until recently that he discovered what he wanted his brand to stand for.

Fordham chose to name his brand Paradox to represent the ideal that you should never judge a book by its cover.

He wants people to understand that the brand is a way to show people that they shouldn’t judge others based off their first impression of someone else and that there is always more than what meets the eye.

The designer’s idea for the name of the brand Paradox came from watching the film “The Cloverfield Paradox.”

It took Fordham about a year for his plan to come together.

“What took me the longest, which was about a year, was just planning. It wasn’t just popping into my head one day. I had to work to get here.”

Fordham wanted his brand Paradox to mean something because it’s more than “just clothes.”

Fordham believes that it’s important to not focus on other brands when first starting out, so the brand can be as true to the creator as possible.

The designer’s inspiration for his clothing brand comes from his passion in life and also trials and tribulations that have helped him get to where he is now.

“Every piece that I’ve made, I’m pulling from a point in my life. It’s not like I just think of something, and then I make it. Every piece I come out with has a memory tied to it or something that’s personal to me.”

On top of fashion, Fordham is also about helping others around him and has found a way to incorporate the two. Half of the money from his release of pink hoodies went to donations for the Susan G. Komen Breast Cancer Foundation.

When it comes to growing the Paradox brand, Fordham hopes to expand his brand internationally and wants everyone who is a part of his team to be credited for its success.

Fordham has 20+ people helping him run his brand from social media to marketing. In addition to his fashion brand, he also has a podcast where people from his team talk about a range of topics.

Fordham prefers to work with experienced people, so it’s easier for them to just jump right in. He looks for people who are passionate about fashion and who are willing to go the extra mile and be an asset to the brand.

He one day hopes to have his brand become his main source of income. It’s important to Fordham to maintain “the social media and networking aspect of things.”

This article was previously published in the print January 2020 edition of The George-Anne Reflector Magazine.