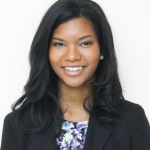 The student quotes have been edited to match their authors.New sign is offensive

RumRunners has never been a bar I’ve frequented very often, and this is why. It’s pretty hard as an African-American to be comfortable or have fun while I’m in a “Plantation Room” with a life-size Confederate general statue five feet away from me, along with his fellow comrades plastered on the walls.

I’ve always tried my best to ignore this uncomfortable racism, but I can no longer ignore it. RumRunners recently put up two new signs, the biggest and most offensive one displays “Plantation Room” in big letters complete with old Georgia state flags that feature Confederate flags, cannons and all.

And you can give me the same tired story that the Confederate flag is just a symbol for “Southern pride,” but let me tell you what I see when I see a Confederate flag: I see a time when black people weren’t allowed to get an education, weren’t becoming presidents, weren’t given basic human rights and were seen as nothing but objects to be used however one pleased. To me and the majority of black people, Confederate flags are a painful reminder of that past.

The plaza already doesn’t make black students feel very welcome with strict dress codes that are clearly meant to keep black people out (“no urban wear”), sometimes forcing them to pay higher cover fees if they aren’t with a group a white students, and I even personally know a girl who had a drink poured on her head and while being called the “n” word. Racism is never okay, but at least before the sign was posted, black students didn’t have to walk past an offensive and blatantly racist sign on their way to class. Georgia Southern University shouldn’t stand for something so offensive to be located so close to its campus, and it’s about time someone told RumRunners that it’s 2014, and the Civil War ended nearly 150 years ago.

Letters to the Editor

Recently a petition concerning RumRunners Plantation Room sparked outrage among not only students of color but also anyone who understood the issue at hand. In less than a week the petition has already gained over 1,500 signatures, and now needs over 900 more. Although it was beautiful to see many in agreement to the distasteful display, it was also disheartening to see the blatant disrespect from students on the popular GSUProblems page. What bothered me the most was not only the language used but also the lack of facts.

The problem with all of this is the fact that some in our country seem to think that ignoring racism will make it go away, or that if we don’t bring it up or play the “race card” then there would be no issues. The truth is there will always be issues. We are not as colorblind as we would like to pretend and think we are. As I learned in sociology – thanks to professor Palmer – a person of color experience is not “unfounded.”

You cannot strip away a persons right to express concern about something that hurts them. We need to hold our institution and the city of Statesboro responsible. You can’t expect students to happily pay tuition and not feel welcomed. You cannot expect students to sit on their hands and let a close-minded individual disrespect us to our face. It’s no secret that bars such as RumRunners have turned away black students. In fact, in one of the local bars a black female had beer poured on her. You can only hide racism so long until it explodes like a can of paint that you cannot simply wash off. Regardless of skin color, if someone is offended, then I ask that you refrain from supporting such establishments. Stop going to the plaza and instead go places where any and everyone is welcomed.

Lastly we have to hold ourselves accountable. We accept what we allow, so when there is an injustice we need to come together as Eagles and stand up against it. No one deserves to feel alienated or as if they are being thrown back into the ‘50s or ‘60s by trying to have a good time, so thank you Jordin Hall for being brave enough to bring this to everyone’s attention.

I fully support businesses revamping and re-branding every once in a while. However, I can’t help but to side-eye RumRunners for its new signage that displays what look to be confederate flags and 10 lb. parrot rifles that were used in the Civil War – not to mention in big, bold letters “Plantation Room.”

Let’s think in the terms of marketing for a moment. I’m not sure if RumRunners did a market analysis, but with the location of the establishment it is undeniable that it targets students.  In order for any business to reach a “target” it considers “positioning,” which should be distinctive in portraying a consistent message.  So, RumRunners, what is your message exactly, and whom are you really targeting?

This rebranding decision puts the message out there that this bar supports all pride behind the Civil War and the glorification of plantation history. What’s wrong with that? Let’s not forget the paramount cause of the Civil War was due to the passionate disagreements over slavery. And it is no secret that slaves in the south were utilized to tend to large plantations.

So many people defend the confederate flag saying it’s a sense of southern pride, but yet I distinctively remember Obama being re-elected president and suddenly flags were hung over balconies in sign of disapproval.

The plaza is already largely known around the African-American community for being a place not as welcoming of our kind. Well at least before it was just in the back of our minds. Now it’s publicly displayed as a constant reminder.

Bottom line is the new signage is subliminally discriminant and highly insensitive, especially with great consideration to the African Americans who love to go there. You’d think any intelligent business owner in the 21st century would be fully aware of controversial depictions and the image portrayed to the surrounding community. Then again, this could be their way of targeting and segmenting their audience. Great Job!