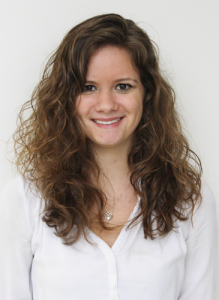 Wow. It’s been quite a year (and frankly a bizarre 10 years) for actor Matthew McConaughey. When McConaughey first became known in the film-sphere, he was praised for his performance in “A Time to Kill,” which earned him the Chicago Film Critics Association award for Most Promising Actor. This award, however, did not prove to be true until McConaughey emerged from the wasteland of romantic comedies and accepted the role of Mick Haller in Brad Furman’s 2010 film “The Lincoln Lawyer.” While this and his 2012 film “Mud” were met with positive results from both critics and viewers, it was his participation in Jean-Marc Vallée’s “Dallas Buyers Club” that is turning the heads of substantial critics. McConaughey has already won a Golden Globe for Best Performance by an Actor in a Motion Picture – Drama, and the SAG award for Outstanding Performance by a Male Actor in a Leading Role. McConaughey, who plays HIV patient Ron Woodruff, immersed himself in the role and lost 50 pounds. While the weight loss is commendable, it was McConaughey’s bold performance that pushed the film into the eyes of the critics.

In addition to his participation in “Dallas Buyers Club,” McConaughey is also catching the attention of viewers and critics in his new drama on HBO “True Detective.” With the help of costar Woody Harrelson, the two have already pushed “True Detective” to be compared to “Breaking Bad” and “The Wire,” shows that were consistently praised and heralded for the captivating content.

With the Oscars looming over his head in March, McConaughey has a great deal of competition for the coveted award Best Performance by an Actor in a Leading Role. Veteran Leonardo DiCaprio has been nominated for the first time for the award for “The Wolf of Wall Street,” and Hollywood newcomer Chiwetel Ejiofor shined in Steve McQueen’s “12 Years A Slave,” but McConaughey could be considered a frontrunner if only because it was McConaughey who carried the weight of the film.

Keep your eyes out for March 2, because it could be the day that changes McConaughey’s life forever.