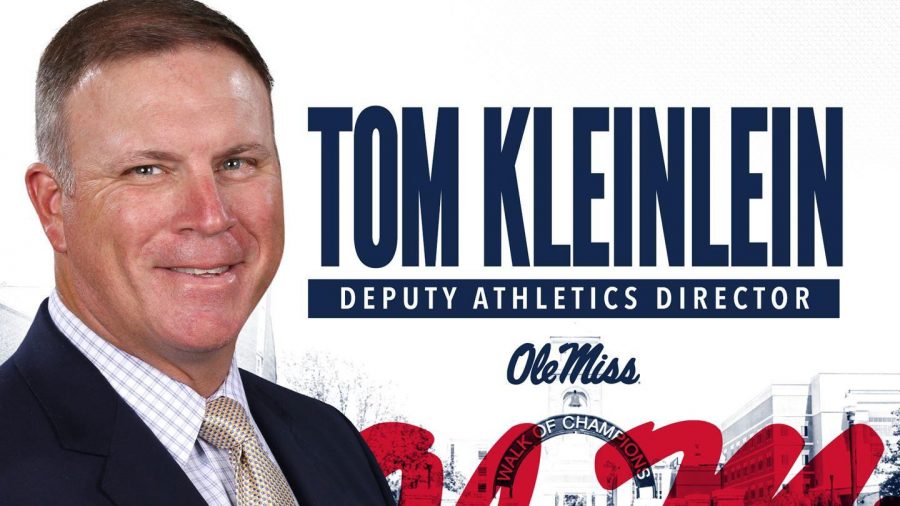 STATESBORO—Georgia Southern Athletic Director Tom Kleinlein has been hired as the deputy athletic director for University of Mississippi.

Kleinlein announced his resignation on Jan.3 after eight years at GS.

“It’s been a wonderful, wonderful place to work,” he said during a press conference. “A lot of good things happened at Georgia Southern…and I’m excited about where Georgia Southern is at right now.”

In his new position, Kleinlein will be in charge of the football program in “every aspect” including marketing, external relations, television, sports information and “making sure that Coach Kiffin and everybody on that staff have the things that they need to be successful,” he stated.

“Business is a funny thing,” he said. “Sometimes you get to places and change is needed. And so for me, this was an opportunity I was very thankful to have at a time where we were in discussions about my future here…Ole Miss is an opportunity for me to go to work at an SEC school and be at a place that has a very, very clear vision of where they want to go and how quickly they want to get there.”

When he looks back at his time to Statesboro, he is most proud of the transition that the football program has made to FBS and the competitive nature that the department has created in the conference across all sports.

He boasts that the department has had tremendous success in fundraising revenue, which has allowed for improvements across all sports.

“I think college athletics right now is about being creative and figuring [out] creative ways to drive revenues,” he said. “So, one of the challenges here is going to be…how do you continue to produce the things that you need to make student-athletes and coaches successful within the constraints?”

Kleinlein believes that the challenge for the next AD, who has not yet been announced, will be to find ways to grow interaction between the Statesboro and Armstrong campuses.

Some of his fondest memories include the success of Rosemary Kramer, the golf program reaching the NCAA Championships last season and the start of Steven Fisk’s professional career, along with baseball’s continued postseason success.

His last day at GS will be Jan.21 and a new athletic director has yet to be announced.