Valentineâ€™s Day around the world 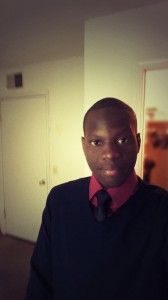 Valentine’s Day is that day of the year in which we share our love for one another but did you know that this lovey-dovey holiday is practiced around the world?

Though it originated in the western world the holiday is now universal and is celebrated in many different countries.

In the United States, people ask their significant other “Will you be my valentine?”

You can see stores stocked with large stuffed animals, heart-shaped boxes filled to the brim with assorted chocolates and large amounts of public displays of affection.

Corny cards are sent to lovers and even young children join in the fun by giving valentines to their friends and classmates.

But that is not how every country celebrates the holiday.

“On Valentine’s day in South Korea, it’s the opposite from here. Girls give guys gifts like homemade chocolates and other things. On March 14th, they have a holiday called “White Day” where the guys give the girls gifts back. They have a singles day where people who are not in a relationship  wear all black and go to chinese restuarants and order a dish of noodles and black bean sauce” Allegra Johnson, sophomore international studies major, said.

“It depends on the person on how Valentine’s Day is spent in Burkina Faso. Some give gifts or flowers to their boyfriend or girlfriend. Some people go out to eat or even to bars. It’s all about spending time together.” Brice Tonde, english language program student, said.

“In China, valentine’s day is called “ the Qixi festival” and it isn’t celebrated on February 14 because that is too close to the Chinese New Year. It falls on the 7th day of the 7 month of the Chinese Calendar.  Men give women chocolates and flowers.” Samaya Sheffield, sophomore writing and linguistics major, said.

“People usually give small gifts to their friends and loved ones. Friends hangout like going to the mall or have a party. Couples go on a date and have a nice time together. I’m not sure if it is done here but back home in Honduras in  the newspaper people write messages to their loved ones. There are always a couple pages full of them.” Insu Yun Lee, freshman engineering major, said.

“In Nigeria, we do the same thing that you guys do. We go out and do something with that one special person. It’s about taking the time to show your boyfriend or girlfriend that you care. ” Chimezie Akanonu, sophomore engineering major, said.

We may celebrate Valentine’s Day in many different ways but the day is still significant around the world.