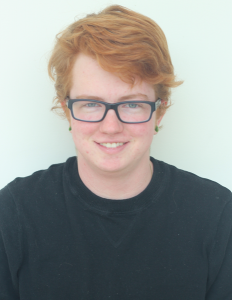 TIME recently released a Facebook app that uses your friends list to discover what time you should get married. It averages the ages at which your Facebook friends got married. Then calculates how much time you have left. I have seven months. Seven months to find that special someone. Seven months for whirlwind romance and a walk down the aisle. But I can’t, even if I wanted to. It will be many more years before I, as a man, can say, “I do” to another man.

Gay marriage is legal in only 17 states and outright banned in 33. Although there seems to be a trend in the direction of gay marriage, there is no guarantee. Kansas just passed legislation that allows businesses and organizations to refuse services to gay couples. Gay marriage is banned in Kansas, but this legislation would take it even further. If a lesbian couple wished to have commitment ceremony, in lieu of a wedding, cake bakers and event venues could all refuse their services. Weddings are stressful enough to plan. Imagine having to visit hundreds of bakeries, only to be turned down when people discover the sex of your partner.

One day, I will get married. I won’t be getting gay married or same-sex married. I will just be getting married. And I want wedding cake, and I want flowers. More than that, I want my partner to share my job benefits. I want protection for any children we might adopt. I want the right to visit them in the hospital when it doesn’t look like they will make it. I want all 1100 rights that are given to married couples. Marriage is much more than just a ceremony.

I hate to break it to TIME magazine, but it is going to take more than seven months for me to get married. But if my Facebook friends can get married for Green Cards and accidental pregnancies, my friends should be able to marry their same-sex partner of eight years. I am just hoping it won’t take to long.