Brooklyn-based band to perform in Statesboro 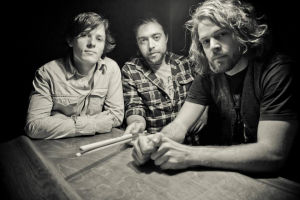 The Statesboro music scene is getting a new look tonight when the Brooklyn based band Les Racquet plays at Dingus Magee’s.

The band Les Racquet, pronounced “less racket” pulls their influences for their music from jazz, rock, and jam to produce a sound that can only be described as eclectic.

“’Queen’ is our favorite song. I think it really showcases each band members’ talent with instruments and vocals,” Murphy said.

Les Racquet has been touring for 28 months and will be playing in the Wanee Music Festival in Florida along side acts such as Greg Allman, Tedeschi Trucks Band and Government Mule in April.

“They love being on the road but also love the hospitality of the south. They go to Savannah a lot,” the band’s manager, Christopher Robie, said.

For five dollars at Dingus Magee’s, students will get to be a part of unique live music experience of Les Racquet.