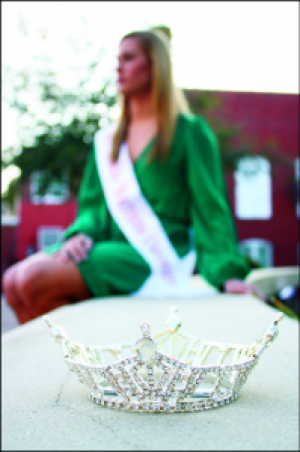 Despite how pageants are portrayed on ‘Toddlers & Tiaras,’ the ladies of the 66th Annual Miss Georgia Southern University Scholarship Pageant hope to inspire their audience with talent, intellect and beauty.

Influence is the platform for Miss GSU 2014.

“I want to work with the winner so people on campus will view her as influential such as the Student Government Association (SGA) President,” Ashley Nixon, special event chair at UPB, said

“This year, I wanted the girls to promote themselves, and become familiar faces among GSU,” Nixon said.

Last year’s winner, Reedi Hawkins, is an active member of Phi Mu sorority and was the preliminary talent winner of the Miss Georgia pageant in 2012.

“The Miss GSU pageant is a huge tradition at Georgia Southern. We are actually the longest continually running Miss Georgia preliminary in the state and that’s something worth bragging about,” Hawkins said. Hawkins will pass her crown down to one of the 10 contestants this year.

“The private and on-stage interviews are a big deal. My background in broadcasting and public speaking helps me to feel comfortable answering questions and being in front of a crowd,” Hawkins’ said.

Miss GSU prides itself on being an equal opportunity pageant where diversity is welcome, experience is optional, and promotion is vital, Pollack said.

From swimsuit and talent to eveningwear and on-stage questions, Miss GSU 2014 plans to entertain. Tomorrow night at 7 p.m. in the Performing Arts Center (PAC).