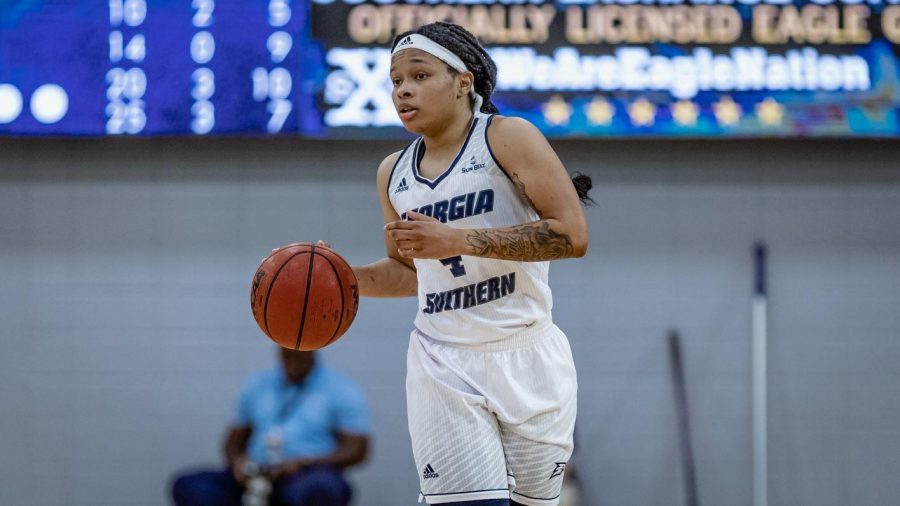 Alexis Brown in her first game back in the starting lineup scored 23 points and grabbed 10 rebounds.

Alexis Brown got her first start since Dec. 19 in a loss to Kent State at the Las Vegas Holiday Classic, and she didn’t disappoint.

She led the Eagles with 23 points, 10 rebounds and three assists along with 2 steals. Brown also shot 58% from the field and 66% from 3-point land.

The Eagles led 19-18 in the first period, but then they proceeded to go 0-15 from the field in the second quarter, in which Troy outscored the Eagles 22-3.

“I wish we could throw away that second quarter,” Head Coach Anita Howard said. “I thought we got too comfortable after that first quarter where we played them fairly competitive. We let up, and they pushed the gas.”

GS will be back in action Saturday against South Alabama at Hanner Fieldhouse as they will look to break their current 3-game losing streak.