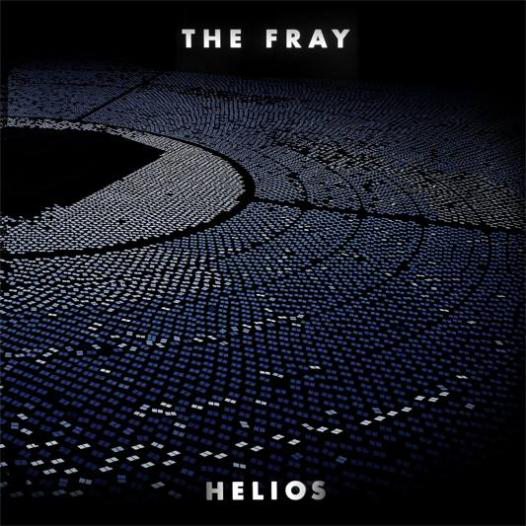 The Fray proves that they can produce more than an overly earnest sound in their newest album, “Helios.”

The Fray took a different route and fused all kinds of sounds on this album, by pulling from their old sound and flipping it into something with more life.

The band added to their usual soft rock and fused it with more of a funky and vibrant sound. At times the album emits a Coldplay vibe.

The opener “Hold My Hand” is easily the best song on the album. It is one of those songs that couldn’t leave your mind even if you wanted it too. It is the kind of song that you find yourself humming unconsciously in the shower. The song introduces the album well and describes it just as effectively.

Track four, “Hurricane” features a kind of an electro-pop sound that even Lady Gaga can admire. This song is where you first realize that The Fray has made significant updates and changes to their sound.

While The Fray did advance their sound, there are still songs on the album that produce the classic Fray sound and vibes. “Keep on Wanting,” “Shadow of A Dancer” and “Same as You” all displayed the band’s original inspirational sound.

The overall production and sounds of the album were extremely well done. A downside of the album is the lyrical side of the music was extremely bland and generic. Lyrics like “Love is free/c’mon and give it away,” aren’t really anything other artists haven’t said.

If the lyrical side of the album had been more complex and strayed away from the norm the album would have been much better.

“Helios” does not contain one bad song, even if some are more unremarkable than the obvious standouts.

The album lacks in explosiveness. It doesn’t have the explosive properties that can make listeners sit back and say “whoa.” It is not the kind of album you would have on repeat weeks after its release, however it carries some catchy tunes. It definitely won’t be considered a classic.

The Fray may not be the kings of mainstream radio anymore, but “Helios” shows that The Fray can continue delivering great music to their fans.