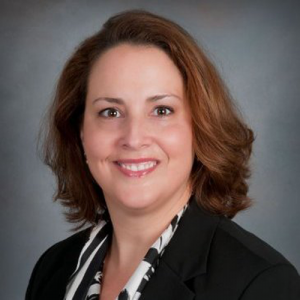 Georgia Southern University has hired Jan Bond as the new Associate Vice President position in the Marketing and Communications Department.

The strategic goals are generally the plans created by the president to be achieved over a period of roughly five years.

A large public school like Georgia Southern University has so many different audiences. It’s much more interesting, as a marketing person, to work for a larger school, Bond said.

Bond has spent nearly 11 years in the higher education field. She spent eight years at Florida Atlantic University, which is a public university similar in size to GSU, and two and a half years at Ashland University, a private university in Ohio.

These positions permitted her to head the website redesign and rebranding of the universities.

Bond wanted to stay in public education because it is more democratic than private schools.

“We make decisions and leadership is conscious of a decision that the majority will agree with, but at a private institution the president can just say ‘We’re doing this’ and it won’t necessarily make sense to people. You get more input from people and students in public institutions,” Bond said.

Bond’s position on campus means that she will be managing the brand and marketing for GSU in order to promote the university and potentially garner wider recognition.

The hiring process included a long interview stage where the candidates came on campus and interviewed with many different people from offices across campus. One day’s interview process lasted eight or nine hours.

Bond said, “I came on campus for a full day of interviews with probably six to ten different groups. There was a student in one interview and I met with deans and did a presentation to the university community. I met with the president and came back for a half day, another four or five interviews.”