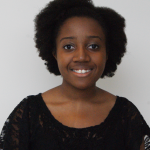 As many of us know, the end of last year was dominated by the supreme force that we have come to know as Beyoncé.

This year she has continued to shine and empower others. Sunday she released an article called “Gender Equality is a Myth!” that focused on how women still have not been “granted equal pay or equal respect.”

It’s been over a month since her sensational album dropped and though many people have been very critical of certain aspects of it, I believe that there are more good things that we can take away from it than bad.

The most important one is the notion of a new age in female empowerment and feminism that she confronts her audience with.

There are three big things that you can take with you from Beyoncé as you continue to grow in 2014.

1. It’s okay to reinvent yourself. As a woman you don’t have to fit into the ill-formed box that society has made for you.

You can be confident or vulnerable, a wife or independent, a temptress or a mother, in love or jealous, “turnt up” or reflecting, joyous or somber, a mixture of all these things and so much more.

Beyoncé does it herself, going from Beyoncé, to Bey, to Yonce, to Queen B, to Mrs. Carter, and even Sasha Fierce.

You can be multi-faceted and versatile too, and it’s completely okay.

2. Forget the haters, the naysayers or anyone who stands in front of you and your greatness.

There will always be people trying to hold you back, but don’t let them.

Don’t do anything just because it will make someone else happy. That’s a sure-fire way to have many regrets in life.

Be confident in yourself. You are already a college student and a member of the True Blue family. You have something to be proud of.

So continue to dream big, achieve your goals, and be as ambitious as you want to.

Get that internship, scholarship, leadership position, job or spot on the Dean’s List and don’t let anyone tell you that you can’t.

Remember you are a “grown woman, you can do whatever you want.”

Whether you are cisgender or transgender, gay or straight or asexual, tall or short, curvaceous or a high fashion model, make-up fashionista or plain Jane, pale or have a little more melanin to your skin, you are fearfully and wonderfully made.

You don’t have to change yourself so that other people accept you. It is more important at the end of the day that you are happy with yourself.

I know that reaching that level of self-confidence and approval is easier said than done but find ways to slowly work toward it.

If you want a simple way to start just look in your mirror every morning and remember that you “woke up like this, flawless.”