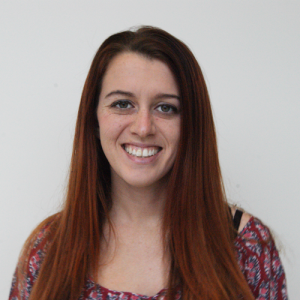 From a womanizing ad-man to a chemistry teacher turned meth manufacturer, the anti-hero trope has been dominating television for the last decade.  These characters helped launch cable television into the forefront of the industry and ushered in a new “golden age” of television, but these deliciously devious characters have much more in common than just great writing.

Don Draper, Dexter Morgan and Walter White among others are all characters that were written for talented character actors, and, well, all of those actors happen to be white men above the age of 30.  No wonder super-producer Shonda Rhimes, the creator of “Grey’s Anatomy” and “Scandal,” expressed more than a bit of concern when she received diversity award from the Directors Guild of America on Saturday. She said that while she was honored to receive the award, she was still annoyed that such an award had exist to at all.

Rhimes isn’t the only one concerned with the lack of diversity on television today. “Saturday Night Live” added Sasheer Zamata to its cast after fans complained about the lack of a black female cast member after Maya Rudolph’s departure in 2007.

Considering that “I Love Lucy,” a sitcom that starred a woman married to a Cuban man, aired its first groundbreaking episode way back in 1951, it does seem troublesome that we are still having to reward diversity in order to encourage it further.

The GLADD Media Awards, which will announce its nominations for the 25th annual ceremony later this month, were also created to celebrate and encourage further representation of an underrepresented demographic within the media, the LGBT community.  Even though “Will and Grace” hit our TV screens roughly 16 years ago, there is still a lack of strong LBGT characters on both cable and broadcast television.

However, what is important isn’t quantity of the characters but the quality of those characters. Its not about having a token character for every minority, sorry “Glee” but we have “South Park” for that, but rather having interesting and layered characters that viewers can identify with that just happen to be women, or black, or gay. If art really imitates life, then why can’t the characters on our TV screens look a little more like the people in the world around us?

The lack of diversity could probably be attributed to the lack of diverse voices working behind the scenes. While Rhimes’s romantic dramas may not be your cup of tea, she is a unique voice within the entertainment industry, which Rhimes herself described as a “boys club.” Having more diversity amongst not only the actors on our screen but also the producers, directors, and writers creating the content would help bring a larger range of characters onto our television screens and truly reflect our world in 2014.