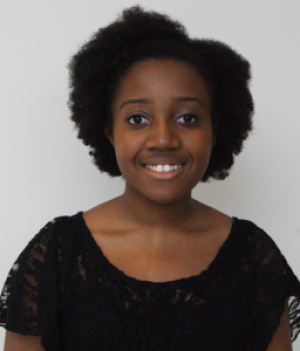 Monday marks the national celebration of Dr. Martin Luther King Jr.’s birthday and honors the great things that he did for this world.

King’s “I Have a Dream” speech is one of his most memorable feats during his years as a spokesman for the Civil Rights Movement and nonviolent activism.

It has been 50 years since “the greatest demonstration for freedom in the history of our nation” occurred.

Hard work, dedication, and even the sacrifice of lives, have allowed us to reach the place that we are now as a nation. But have we truly realized King’s dreams of equality and unity for all?

For me the answer is sadly no.

Don’t get me wrong. The world has definitely changed since the time when my father was one of the first to integrate his elementary school.

There have been big changes in the way that racial, gender, religious, sexual and many other minorities have been treated.

But as Martin Luther King said “We have also come to this hallowed spot to remind America of the fierce urgency of Now. This is no time to engage in the luxury of cooling off or to take the tranquilizing drug of gradualism.”

The same is true today, we are getting better but we cannot just stop here.

Even with a black president, the United States continues to be a country riddled with injustice and inequality.

Where you can still commit a hate crime and miraculously go free.

Where women can work as hard as men and even hold the same job yet still receive less pay.

Where the poor pay more taxes than the rich, and you can barely live off minimum wage.

Where people are ostracized and persecuted for not knowing English when we have no official language in the United States.

Where Skylar Davis can be suspended because he wore a purse to school, and Vanessa VanDyke can be forced to change her natural hair or face being expelled.

Yes we have come far, but not nearly far enough. We can and we should do more to make this country better.

Our generation has more opportunities than those before us, and we have a more global reach. We should all be doing something to promote equality in this world, “and if America is to be a great nation, this must become true.”

There are plenty of opportunities on campus where you can become a part of something bigger than yourself such as the Alternative Break trips that are aimed at allowing students to help with social justice.

We as Georgia Southern students are some of the fortunate few in this world that have been given the opportunity to receive an education. Let’s use it for something good.