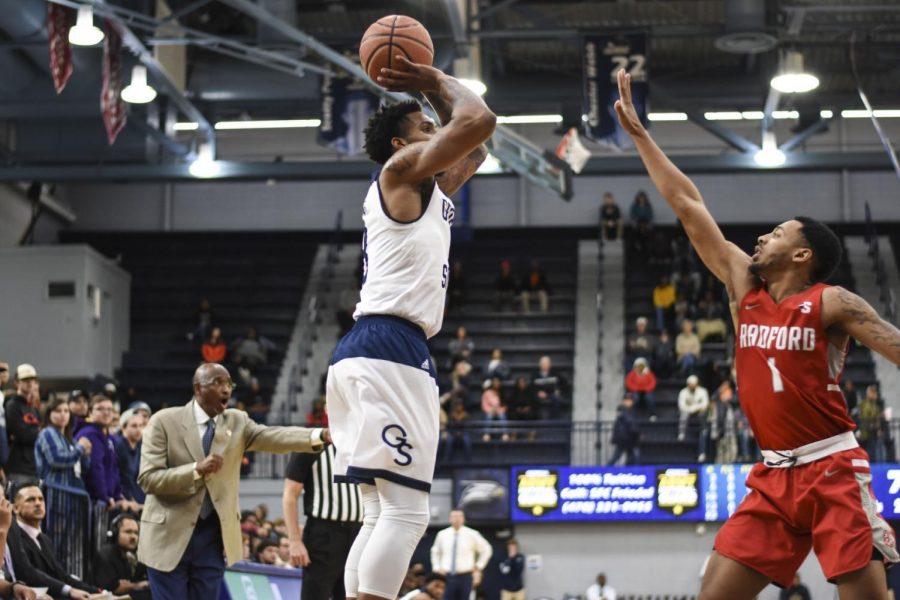 Ike Smith, redshirt-senior guard, tallied 11 points in a non-conference matchup against Radford. The sudden death of NBA great Kobe Bryant has lingered in the back of his head all week.

The tragic death of NBA legend Kobe Bryant has left the world shocked, confused and in a daze.

Bryant was more than just a basketball player to many, as his actions off the court touched many lives. He influenced the current state of the NBA, was an advocate for the WNBA, a supporter of children’s basketball dreams and an overall friendly face to see on social media.

Bryant, husband to Vanessa Bryant and father of four girls, was killed in a helicopter accident on Sunday and new details are emerging everyday.

Though he has no ties to Georgia Southern, Bryant has impacted the playing style of many collegiate basketball players, including redshirt-senior guard Ike Smith on the men’s basketball team.

Smith was at home watching Hardwood Classics videos when he heard the news.

“I got a text from a former teammate about Kobe’s passing,” Smith said. “It was devastating and everything just kind of stopped in that moment. I just felt a big rush go through my body and my mood just changed so fast.”

When he was younger, he admired Bryant’s work ethic and competitive nature, though he is a self proclaimed Lebron James fan. He describes himself as an overly competitive person, even with his day-to-day activities such as playing video games.

He added that “Mamba Mentality” to his own playing style when he was training to get to this level and admired how Bryant did not ever allow himself to be pushed over on the court.

He recalls Bryant’s performance on Team USA in 2008 with Lebron James, Dwyane Wade, Chris Bosh and Carmelo Anthony as one of his most memorable memories of Bryant.

“I just loved watching all of them play together,” he said. “They’re all Hall of Fame players and it was just so fun to watch them and their excitement on the court.”

Ike Smith’s competitive nature likely brought him back to the court this season, as a season-ending back injury in 2018 left him sidelined. The NCAA granted him a medical hardship waiver and his return has greatly benefited the basketball program.

Smith is averaging 14 points and five rebounds per game.