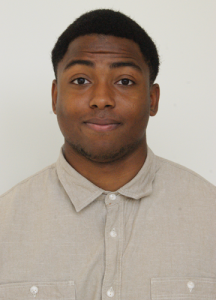 In wake of still not being able to book an artist for our spring concert, the University Programming Board leaves me asking the question, “is this a joke?”

The ballot for the rock, country and pop sections were pretty good from Imagine Dragons to Carrie Underwood. I have no complaints. My problem is with the hip-hop section.

The spring concert vote consisted of eleven artists, two of which were in the hip-hop category. The hip-hop artists were Macklemore and Flo Rida.

This is an outrage. With rap music being one of the most popular types of music in the college age group, why are there only two hip-hop artists to choose from? Hardcore hip-hop fans like me want an answer.

Even more disgusting than the fact that there were only two choices from the hip-hop venue are the choices themselves.

Macklemore is not a bad artist. He just has a certain sound and style that not everyone can get into. Even though I personally don’t like his music I recognize there are still an abundance of people that do, but putting Flo Rida on the ballot was just plain disrespectful.

I have met people who enjoy listening to the sound of a teacher scratching her fingernails against an old chalk board, but I have never met anyone who even remotely enjoys listening to Flo Rida’s music. In fact, the last time I even heard about Flo Rida George Bush was still in office, and jean shorts were still in style.

Was this some cruel joke? Will Ashton Kutcher pop out sometime soon and tell us we are on Punk’d?

The fact of the matter is the UPB needs to get its act together. Not only were they disrespectful to hip-hop heads with their extremely weak hip-hop choices, but they were also disrespectful to the thousands of students who voted and possibly won’t get to see the artist they want to see.

I don’t expect UPB to book underground moguls like Ab-soul or Earl Sweatshirt. I don’t expect it to be able to gather Icons like Kanye West or Lil Wayne, but it could at least try to be broader with the hip-hop choices and pick people who have been relevant within the past year or two.

Next concert there needs to be a change because I’m sure I don’t speak for just myself when I say I’d rather eat crayons than have my student fees pay Flo Rida.