Young the giant not so giant 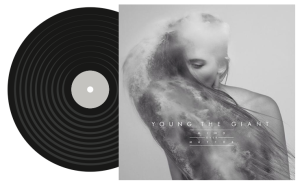 The Indie rock band Young the Giant bores listeners with the streaming of their latest album, “Mind over Matter”

Young the Giant made their new album “Mind over Matter” available to stream in full on iTunes, one week ahead of its planned Jan. 21 release. The album is their second. Their first album “Young the Giant,” peaked at number two in the U.S. Billboard’s top heat seekers.

The album was not bad in any form it was just extremely boring. Listening to the album in full without dozing off proved to be a challenge.

“I have been a Young the Giant fan for three years now, but this album doesn’t really sit too well with me,” Seth Lawrence, freshman psychology major, said. “It is their sound and they haven’t really changed anything, it’s just not good music and it’s extremely boring.”

“Mind over Matter” also includes an abundance of introspective songs that give you a deeper look into yourself and society.

The album’s lead single “It’s about time” sums up the entire album. Slow, happy, and boring. “Mind over Matter” wasn’t a disappointing album, but don’t try to go out of your way to listen to it.

The album’s music has a vibrant sound that comes off as mellow. The music is really slow and listeners tend to space out while listening to it. If you are looking for an exciting sound this album is not for you.

“I just can’t seem to focus on the album when I’m listening to it. Something else always seems more interesting and I’ve been a Young the Giant fan since they have gotten together,” Lawrence said.

However, the album does have a few positives.

Although “Mind over Matter” might have a boring sound it did have a message. You can tell that Young the Giant was trying to find their true sound and hone in on their skill in this album.

The album also featured an extremely happy sound. So if you are looking for melancholy songs you came to the wrong place.