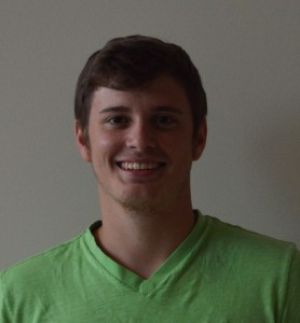 It’s Friday night in the ‘Boro. You and your friends are looking to cut loose after a hectic first week of class. Before the debauchery commences you must procure the necessary supplies.  Thus, you begin your journey to, where else, but the Fast and Easy. On this day, however, you’re not simply venturing out for a six-pack. No, on this Friday eve you’re on your way to purchase a gram or two of marijuana, and there’s nothing the cops can do about it.

As unrealistic as the above scenario sounds in Georgia, this was the hazy reality that our fellow countrymen in Colorado arose to on Jan. 1. Last year, in defiance of the federal law prohibiting the possession of marijuana, Colorado and Washington voted to legalize the recreational use of that sticky icky for adults over the age of 21. As an eerie fog settled over the Rockies, many Americans were left asking, “Is recreational pot use the new norm?”

Current polls certainly indicate that Americans are finally warming up to Mary Jane. A recent Gallup poll reported that for the first time ever a majority of Americans support the legalization of the drug. Gallup also reported that 67 percent of Americans between the ages of 18 and 29 supported recreational use. If one was to treat these polls as a crystal ball of sorts, the future of our nation’s drugs laws seem to be fading as fast as a Dorito-binging stoner.

But what about in the South? Or Georgia for that matter? I hear many college peers claiming that Georgia will never legalize pot like the “dope-smoking hippies out West.” Such a view is understandable. The stalwart South has always lagged behind on issues that in hindsight were no-brainers. Blame it on our “traditional values.” Not to equate the two issues, but I would like to remind the naysayers of former Alabama governor George Wallace’s 1963 inaugural address, “Segregation now, segregation tomorrow, segregation forever.” As Wallace and many others in the South learned, nothing is forever.

In fact, we Georgians may have a vote on the matter sooner rather than later. Two Georgia state senators have recently expressed interest in debating the legalization of medical marijuana during the 2014 session. Whether or not the roots of this issue will be planted this session, the unavoidable realization is that a fire has begun.

As more and more citizens become pro-legalization the inevitable clash between federal and state law becomes more urgent. The War on Drugs has only succeeded in bestowing us the honor of the world’s most incarcerated nation. Eventually something’s got to give, and it’s our generation that will decide exactly what that will be.