Student robbed at gunpoint in Cambridge 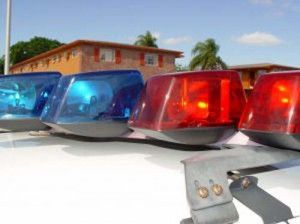 A student was robbed at gunpoint last night in Cambridge at Southern’s parking lot.

The armed robbery occurred in The Pines section of Cambridge at 7:50 p.m., according to the incident report from Statesboro Police Department.

The victim is an 18-year-old white male who told police he was sitting in his friend’s car near building seven of The Pines when a black male pointed a gun in the back window of the car and demanded money.The victim gave him $15 and then left in the vehicle, according to the report.

According to the police report, the robbery ended at 7:55 p.m. and the crime was reported to Statesboro Police Department at 8:05 p.m.

A Nixle alert sent out by Statesboro police said that the suspect had short hair with height around 5’8” to 5’10” and weighing 140 lbs. He was wearing a blue jacket and inside out dark shorts.

The campus alert email sent out by Dean Patrice Jackson said that the suspect left the scene on foot headed in an unknown direction.

Lurene Cochran, general manager of Cambridge, said that they are cooperating with police and intend to continue doing so. However, some details of the statement she released via email contradicted the police report.

The victim was accompanied by another male, neither of whom live at Cambridge, and they were near the fence at the back of the property when the robbery occurred, Cochran said in a statement.

Cochran said Cambridge has a courtesy officer that lives in the complex and is an active Statesboro police officer. They also hire private security throughout the week. She said that their courtesy officer was at the scene once the crime was reported.

The incident is still under investigation by Statesboro police. Attempts to contact Officer Justin Samples via email and phone have been unsuccessful so far.