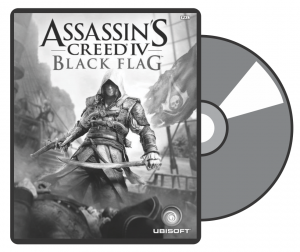 After suffering through the idealist and dry Conner for ACIII players get to set sail with Edward Kenway, the player character for Black Flag. Kenway rubs shoulders with some of the most famous pirates in the golden age of piracy and discovers ancient secrets (as well as a new plot line for the series).

Edward’s plot line is one of the better ones in the series, as the character changes drastically from the beginning of the game to the final. After dealing with the stoic Conner who only thinks of revenge in the previous game, this is a welcome change that made a huge difference. The ending of the game was the best since the Altaïr and Ezio plotlines were tied up at the end of “Assassin’s Creed: Revelations,” and was by far the most emotional.

The game, which was hailed for its naval combat system first introduced in ACIII, does not disappoint in that regard. Naval combat is exciting and fun as you can upgrade your ship, named the Jackdaw, progressing from running away from simple brigs to being able to stand toe-to-toe against enemy man-o’-wars.

Of course, naval battles aren’t the only things you can do on the open waters. Those who have ever wanted to harpoon a great white shark from a rowboat now are able to. In one of the best mini-games spread throughout the game, you get to harpoon animals ranging from bull sharks to humpback whales. You can also dive and explore wrecks, receiving upgrades for your ship.

Outside of the animus, the game is filled with tongue-in-cheek references to previous games and Ubisoft itself, as well as a few hacking mini-games that are really fun and one that is really annoying. A few older characters make an appearance, much to my delight, and the stage is set for a new modern-day character as the series moves on from Desmond Miles.

One of the few complaints about the game that I had was that one of the parts of the game that could have been really fun, Kenway’s Fleet, seemed a little clunky and required an UPlay passport to even access it. While this isn’t a problem if you are a first-hand buyer, used-game players might find this frustrating. As well, the amount of actual assassin-like stuff that you’re able to engage in compared to my time blatantly sending ships to Davy Jones’ locker made me wish for more opportunities to be an assassin rather than a pirate.

In all, the game was a blast to play, and cost me valuable time in which I should have been studying for finals. I’d definitely recommend getting it, just after finals are over.