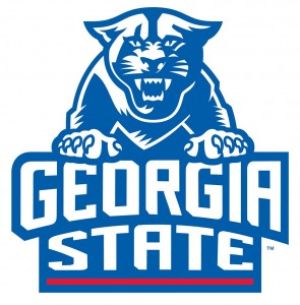 finished with a season-high 23 points and 10 rebounds. Harrow, a transfer from the University of

Kentucky who played on the 2012 National Championship team, pitched in 22 points.

Holmes led the Eagles (6-7) in scoring with 19 points, a career-best. Trailing by seven points in the second half he hit back-to-back three’s followed by a layup; an eight point swing that gave GSU the lead 40-39 with 16:30 left to play.

But not long after that the Panthers went on an 18-8 run, fueled by seven points from Harrow, which

proved to be too much for the Eagles to handle.

This loss drops the all-time series record to 39-14.

The Eagles will be back in action on Dec. 28 in Greensboro, N.C. as the team takes on North Carolina