GSU basketball signs on four for next season 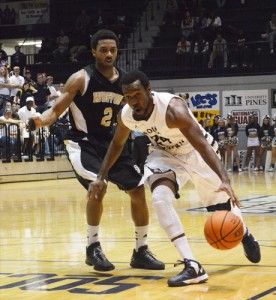 This signing class will play in the inaugural Sun Belt Conference season for GSU and is the first full class for Byington.

“This is our first true recruiting class at Georgia Southern and I am very excited about this group and the impact they will make on our basketball program and university,” Byington said. “My staff worked very hard to find players that would fit our style, GSU’s values and help us reach a championship level as we enter the Sun Belt Conference next year.”

The four players hail from Georgia, Tennessee and North Carolina.

Jake Allsmiller, a 6’4’’, 190 lbs shooting guard from Nashville, Tn., played for two-time defending state champion Christ Presbyterian Academy. Allsmiller has already tallied 328 buckets from downtown and has built a reputation for himself as one of the best deep-shooting threats in the state.

“Jake is as good of a shooter as I can ever remember recruiting and is one of the top shooters in the country,” Byington said.

Allsmiller turned down offers from Louisiana State University and Vanderbilt University in order to play at GSU.

“It took me about 10 seconds of watching Shawn this summer before I called my assistant coach to let him know that Shawn is the player that we need,” Byington said.

His ability to shoot the ball from three-point land as well as drive the lane is what made Byington so excited about him. O’Connell hails from one of the top high school programs in the state and averaged 13 ppg in his time there.

Jonathan Sanks, a 6’4’’, 180 lbs. shooting guard from Lilburn, Ga., played at Berkmar High School. Sanks is very young for his class, he turns 17  next month. The potential for Sanks is what makes Byington most excited about the young guard. He says that he has an “unlimited ceiling”.

Devonte Boykins, a 6’2’’, 185 lbs. small forward from Forest City, N.C, played at East Rutherford High School. Boykins could be the best all-around player in this signing class averaging 12.2 points, four assists and four and a half rebounds per game.

“The first two words I would use to describe Devonte are winner and tough. He is a very quick point guard that possesses great ability for the position,” Byington said.

The men’s basketball team is currently 1-1 with a game against Tocoa Falls College tomorrow.