Being a Grinch in a Disney Week 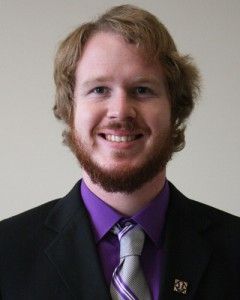 This year’s Homecoming theme is Disney, but year in and year out, Homecoming week makes me feel like my dad’s favorite Dr. Seuss character, the Grinch. That’s not to say I want to steal all of GSU’s Homecoming T-shirts and candy; I just want to be left alone about this whole Homecoming nonsense. If all Homecoming focused on was enticing alumni back to campus so we can get even more donations from them, I’d be all for that. But making me avoid the pedestrium to bypass the constant “vote for X” (Where X is some person I’ve never even heard of) is a yearly tradition I’d rather avoid.

It seems every year is the same deal. Some theme reminding GSU students of their childhood is announced and soon badly-drawn signs and posters are adorning the windows of buildings around campus because apparently someone wants to show off that their ratio of school spirit to artistic talent is at least 500-to-1. It all seems a little high school to me. Heck, all we are missing is a school dance ridden with bad acne and raging hormones to bring me back to my awkward high school years. Although you could find all that at Rudy’s most weekends.

And even though people are tired of the Homecoming titles being a popularity contest, and the UPB implemented a new points system, it is lacking as well. I mean, in previous years I could take solace that my vote actually meant something in the annual competition for someone to put a Homecoming title on their resume and then forget about it. I actually voted for two people before. One went to high school with me and the other was in a student org with me. But with this new system that weighs the student vote at the same rate as a personal interview with a panel, there’s not enough candy in the world to make me vote for anyone.

There’s much ado about nothing this Homecoming, much like most every Homecoming. Until there comes a theme that breaks the mold or people find a way to make this week more entertaining, you’ll hear me quoting another Christmas favorite of mine. Bah Humbug.