Not a good look for America 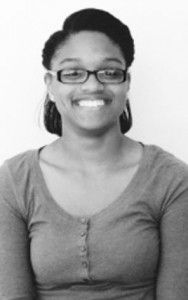 Sanchez is a sophomore political science major from Vineland, N.J. She is currently president of The 100 Collegiate Women of America and is involved with the McCollar for Mayor campaign.

Just in the past few weeks, world powers are seriously negotiating with Iran to allow its enrichment of uranium to continue. Iran relentlessly expresses and firmly believes that it has a right to enrich uranium, but countries such as Russia, China and the United States feel extremely uncertain about this.  Yes, Iran enriching uranium has much potential to create global conflict, but Americans should keep in mind that this will create a lot more tension between Iran and The United States, which more than likely will become an enormous problem in the future.

Before going any further, I just want to point out the fact that The United States and Iran have been “frenemies” since the 1900s. All the way through the 20th century and into the 21st, America and Iran have clashed over issues such as oil, communism, radical Islam and nuclear proliferation. In fact, according to NPR, until President Barack Obama spoke with Hassan Rouhani on Sept. 27, 2013, no American president had spoken with a leader of Iran since 1979. With those facts being stated, it is obvious that America and Iran do not have the best relationship, especially after former president George H.W. Bush declined Iran’s offer to be a mediator between Iraq and the United States. Therefore, if the relationship between Iran and the United States worsens as Iran becomes more experienced and savvy with enriching uranium, there is a possible chance that Iran may be tempted to use nuclear weapons to attack or help attack the United States.

If every country were to step back and let Iran enrich uranium as much as the country wanted to, would it be dangerous to do so? The answer is yes. Because the unstable relationship between America and Iran is so fragile, any conflict that rises after Iran is allowed to enrich uranium could make Iran react very quick and violently. Don’t get me wrong here, the Iranians could act responsible with its ability to enrich uranium without regulation, but it’s better to be safe than sorry. The world powers need to work swiftly and efficiently because an agreement is needed in order to keep tension down, as well as keep an open door for an actual friendship between the United States and Iran to be created.