A look back at the Cure Bowl 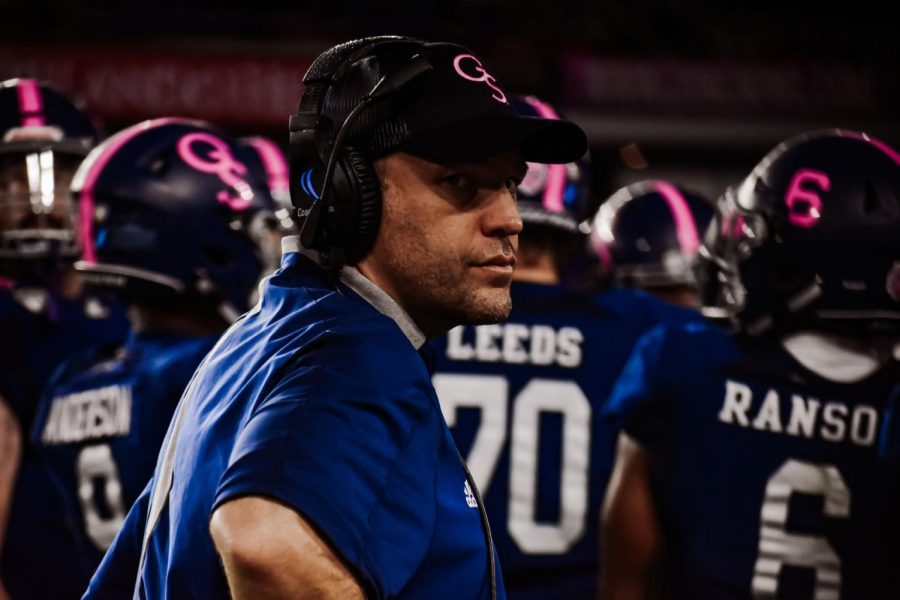 The Georgia Southern football team ended with a 7-6 overall record.

Georgia Southern football season ended on a sour note a few days before Christmas with a loss to Liberty in the Cure Bowl, and fans are still buzzing about the defeat in the new year.

“They wanted it more than us and they got it,” Head Coach Chad Lunsford said. “They were really well prepared and they beat us.”

The team ended the season with a 7-6 record, a turnaround from the first season under Lunsford which ended with a 10-3 record. Six losses is not good enough, but the program is still headed in the right direction, Lunsford said in a press conference.

On and off the field, the team had a wild season. The season had a slew of injuries and the devastation of losing a teammate to suicide midseason made the team look at the season as more than just a record.

The season had a rocky 1-3 start over the course of the first four games, but the program maintained a positive outlook for the rest of the season.

At the time, the team was in limbo naming a starting quarterback due to Shai Werts’ injury. Backup Justin Tomlin saw action in two games and got his first collegiate start against Maine, where he accumulated 132 rushing yards.

Werts returned the following week and remained healthy for the remainder of the season.

The team was forced to play in less than ideal weather conditions for just about every home game, which resulted in low crowd attendance. Lunsford stated that the team had to adjust early on to their new normal.

When the team became bowl eligible at home in a blowout victory against ULM, many fans were excited because they knew what the team had been through.

The Cure Bowl in Orlando was the front-runner for Eagle Nation from the very beginning due to its close proximity and tourist attractions. Lunsford was more than prepared to end the season on a high note.

The game was held at the Exploria Stadium, a soccer stadium situated downtown that is home to Orlando City SC, a Major League Soccer team. The Cure Bowl was the first non-soccer sporting event ever played in the facility.

“I felt really good coming into the game because I really felt like we had kind of hit our stride winning six out of our last eight games,” Lunsford said. “We were putting up points, we were putting up yards, and tonight we just didn’t have it so I’m not upset with our offense.”

When the actual game began, both teams took awhile to find their rhythm. Werts was sacked twice early on, and the offensive line could not buy enough time for him to move the team down the field.

There were many three-and-outs, but a big 35-yard rushing play by Wesley Kennedy III gave the team momentum. He eventually would score his first touchdown during the drive and tie up the game.

Liberty would go on to score nine unanswered points in the first half and Werts would throw his first interception since 2017.

In the second half, an interception by Kindle Vildor set up the offense in prime field position, where they capitalized on the Liberty mistake and scored another TD.

The student section had a newfound energy and GS was prepared for a comeback.

The Liberty defense cranked it up a notch and the Eagles would go scoreless for the rest of the game.

“I know I had a critical error during the game and that’ll haunt me…and that’s going to fuel me for next year personally,” redshirt junior linebacker Rashad Byrd said. “There’s a lot of small things we didn’t do right and once we started getting all together as a defense we started rolling but by that time it was too late.”

The loss was heartbreaking, but Lunsford made sure to state that losses will not define the team and their season.

After the game, he told the team to look up at the scoreboard and remember how it felt. Since the game was the first bowl game that the program has ever lost, he wants that mental picture to stay ingrained into their minds so that they will have extra motivation during the offseason.