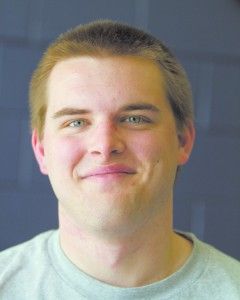 On Monday, the Atlanta Braves announced that the team was moving out of Turner Field during the 2017 season, and were headed north to Cobb County in order to build their new stadium. The new ballpark will be “a world-class stadium” according to the team’s Twitter account. Personally, I believe that the Braves are making the right decision for several reasons.

First off, I believe team President John Schuerholz when he says that it is a bit difficult to access Turner Field as it is. I have had a couple experiences when I have been stuck in traffic outside the stadium for what has seemed like hours at a time. Right now, it’s not as if Turner Field is in the easiest area for traffic to flow in Atlanta. The new location in Cobb would almost certainly be a better location for fans to get in and out of the area in a shorter period of time.

Even though the stadium seems like it was built a short time ago (for the 1996 Olympic Games, the field was then converted for baseball) but already the stadium is old by Major League Baseball standards. The stadium held its first baseball season in 1997, and is only the 17th-youngest ballpark in the Major League.

The sad truth is, unless a stadium is deemed as “iconic,” it is just another place to hold baseball games and events. If the stadium had held the great championship teams of an old Yankee Stadium, or the famous (and infamous) moments of a Fenway Park in Boston, it might have been allowed to stay. Outside of the division championships the Braves have won, the stadium has held almost nothing but disappointing playoff runs.

Lastly, the new field in Cobb County will be closer to the people who spend their money on the team. SB Nation currently has a map which shows where Braves’ season ticket holders live, and the areas around where the new stadium would be built are where the majority of ticket holders live.

The team is just looking out for the fans that go to the games on a regular basis, and they are not completely wrong for doing so.