Roommates shouldn’t be a problem 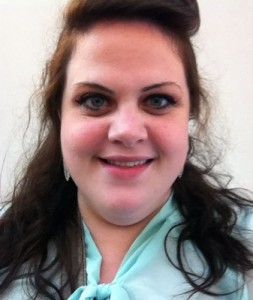 Rogers is a super senior theatre major from Eufaula, Al.

Occasionally, I find myself with unexpected free time, so I’ll call up a friend and see what’s going on. Sadly, the response I’ve been getting lately has been: “Sitting awkwardly in my room because my roommates suck.” I must delve into the mess that is roommates before things get too bad for redemption. I’ve got you.

I, myself, have numerous facets to my personality. These come across in my living space quite frequently. In retrospect, they emerged in phases. First, I was the roommate that didn’t do much to contribute to the household. I was not a huge fan of doing dishes, much less putting them away, or even making sure they made it to the sink. I shiver at the thought. I then realized that if surrounded by people even less bothered with cleaning than me, I step up and overdo it. This includes flying off the handle when any dishes are left anywhere. Then we arrived at the “had it” stage of trying to be the Communist leader of the Dish People and making stupid charts that didn’t work. This is, of course, the dishes spectrum of my life, being that this is the most common issue among roomies.

I’ve lucked out as far as roommates go, and I know some of you have not had the privilege of living with people you actually like, or chose, for that matter. My “good friends from old times” and I have been such for roughly seven or eight years. The reason we get along so well to this day is a little thing we call “business time.” No, not the Flight of the Conchords song. That’d be awkward. I’m talking a planned meeting among all active roommates. There needs to be some object, preferably not a cell phone, held by one person at a time. This will help to keep order. The ground rules are simple: feelings cannot be hurt, there is one speaker at a time and all opinions will be heard. It’s called business time because of the formality of the whole thing. You must dedicate to setting friendships aside for the duration of this meeting. You must be willing to put it all out there, because holding it in causes anger and grudges. I’ve seen many a friendship ruined by a lack of business time in the household. The object must be respected and regarded as exactly what it is: a kindergarten-level concept to keep young adults from acting like children and shouting out of turn. Everyone should get a chance to speak on numerous topics. I wish you luck my lovely pudding pops. Until next time, healin’s and blessin’s y’all.