Georgia should step up game 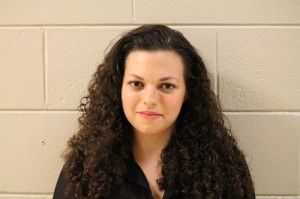 With Illinois recently recognizing same-sex marriages and Hawaii poised to become the 16th state to do so, it may seem like only a matter of time before marriage equality becomes the law of the land. Yet in the great state of Georgia, same-sex marriage remains in limbo. Our state placed a Constitutional ban on these unions in 2004, and this summer’s Supreme Court ruling in United States v. Windsor did little for marriage equality on a state level.

While 1,138 federal marriage-related rights and the ability to throw big gay Southern weddings remain important, same-sex marriage isn’t the only legislation that matters in 2013. Nor is it even the most important. Prior to getting hitched, most people have some type of stable career or are on the trajectory to securing one. While the national gay rights lens has been distortedly focused on marriage, it makes sense that we prioritize our workplace security as gay people – not to mention those of the estimated 41 percent of transgender individuals who report verbal abuse, physical abuse and/or vandalization in the workplace.

This week, the Senate overwhelmingly approved the Employment Non-Discrimination Act, 61-30. Under ENDA, employers with 15 or more employees would be prevented from discriminating against workers on the basis of sexual orientation and gender identity. Because Georgia is one of the 29 states where it is still constitutionally acceptable to fire someone for being lesbian, gay, bisexual or transgender, this legislation could not be more important. It’s naïve to assume that we are exempt from these injustices on a state level. In 2009, Georgia’s own General Assembly employee Vandy Beth Glenn was fired when her boss learned that she was transgender.

Unfortunately, our elected officials haven’t received the memo. Georgia Senator Johnny Isakson voted nay on ENDA. While Senator John McCain is currently making headlines for ditching the vote to appear on “Late Night with Jimmy Fallon,” our own Saxby Chambliss pulled a similar stunt in abstaining from the cloture vote on ENDA. Regardless of belief or affiliation, surely we can all agree on this one thing: As constituents and tax-paying citizens, we do not pay these elected officials to not vote on critical issues. As ENDA makes its rounds in the House of Representatives, it’ll be interesting to see how Georgia’s 14 Representatives vote on the issue.

Whether you’re represented by Statesboro’s John Barrow or Savannah’s Jack Kingston, it’s important to not only remember these names and how they’re voting, but also interact with them outside of the voting booth in the form of an email or letter; it costs little to nothing and could make all of the difference in legislation like ENDA and eventually marriage equality.