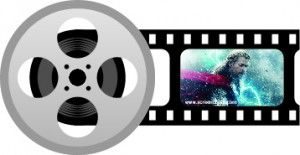 There is no stopping the Marvel Studios gravy train. After taking a lesser-known superhero and turning him into a Spiderman-or-Batman-sized box-office smash with 2008’s “Iron Man,” the studio has successfully continued to turn out hit after hit.

Following a series of original films that introduced moviegoers to the likes of Tony Stark, Captain America and Thor, the God of Thunder, Marvel Studios unleashed its superhero extravaganza “Marvel’s The Avengers,” which became the third-highest-grossing movie of all time.

Now the studio is in the beginning of its “phase two” on the path to pop culture domination, and “Thor: The Dark World” is the second film in a post-Avengers world. Thor’s second outing as a solo hero is much more successful than the first, but in the grand scheme of Marvel Studios plans, it won’t be particularly memorable.

Of all the Marvel properties, Thor was always the most risky. The first film featured a then-unknown actor, Chris Hemsworth (“Rush”), as the title character, and was the only hero in “phase one” that was not from earth. This meant that the film’s creators not only had to introduce viewers to the origins of a new superhero but also had to include insight into the world of Asgard, which Thor hales from.

To keep from overwhelming viewers with too much confusing backstory, Thor spent most of his first movie on earth, falling in love with scientist Jane Foster played by Natalie Portman (“Black Swan”). With the Marvel universe now well established on screen, director Alan Taylor (“Game of Thrones”) was able to explore more of Asgard with this sequel, in which Thor brings Jane to Asgard to protect her from an ancient race called Dark Elves who, of course, want to destroy the universe.

Setting the movie largely in Asgard may be a big departure for the studio, but the plot didn’t deviate too far from the winning formula. The major focus of “Thor: The Dark World” is not on Thor’s relationship with Jane, but instead his relationship with Avengers’ villain and breakout character Loki, Thor’s half-brother.

Tom Hiddleston (“War Horse”) reprises his role as the devious and power-hungry Loki and continues to have great chemistry with his on screen brother Hemsworth. But three movies in, their relationship is beginning to feel a bit repetitive. The screen time devoted to the brothers’ complicated relationship is also at the cost of developing Thor’s other relationships.

Thor is willing to risk everything for Jane but viewers don’t get to know much about her other than the fact that she is a scientist whose love life has been lacking since Thor left her for Asgard in the last film. It is also a shame that the movie takes place in Asgard, yet so little time is spent with Thor’s colorful side characters, like his very loyal band of soldiers.

Having this film set in Asgard also meant creating a fantastical new world, which looks like a strange mix between the sets of “Star Wars,” “Power Rangers” and “Xena: Warrior Princess.” Thankfully Taylor embraced the campiness of this magical realm by keeping the tone of the film light and humorous. Despite the title, this may be the lightest-hearted Marvel film so far.

Overall, this movie feels like it was meant to ease audiences into the direction Marvel is heading with the rest of their “phase two” films. “Thor: The Dark World” is essentially just fluffy filler between two bigger films.