Men’s basketball tips off season with a win 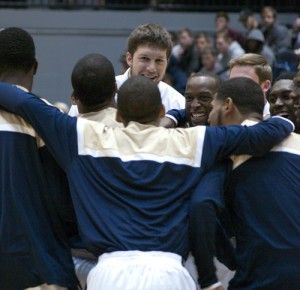 The Georgia Southern University men’s basketball team collided with the Columbia International University Rams and came out victorious in the first game of the season, 110-74.

The Eagles collectively shot 56.7 percent from the floor.  The game marked the first time the Eagles scored more than 100 points since the 2010-2011 season.

The Rams were led by junior guard Ben Johnson and freshman forward Ryan Gibson, who chipped in 20 and 17 respectively.

The Eagles will travel to Coral Gables, FL. to take on the University of Miami Hurricanes on Monday.