Don’t be afraid to enjoy Homecoming 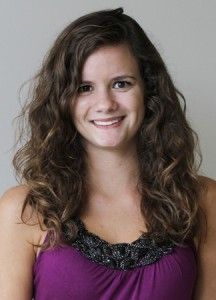 Wells is a senior english major from Bainbridge. She is the current copy chief.

It’s Homecoming week at Georgia Southern University, and even if you don’t have a candidate you want to vote for, that doesn’t mean that you can’t make the most of your Homecoming week.  Tonight, Lil Duval is making his premiere at GSU, and if you have ever seen MTV’s “Guy Code,” you won’t be disappointed.  It isn’t all the time that GSU brings comedians to campus, especially a known comedian like Lil Duval.  Plus it’s free, so you could sit at home eating your leftover donuts watching re-runs of “The Wire,” or you could get out and go see Lil Duval with your friends, your choice.  Besides, in 10 years your kids might be watching him on TV and you can tell them that you watched his career jumpstart here at GSU.

Personally, I’ve always been a fan of the shirt swap that UPB offers.  I hate seeing students proudly walk around with a big ole UGA shirt like they go there….oh wait, you’re at GSU so you need to stand up and show your True Blue spirit, and there’s no easier way to do that than at the shirt swap.  Just bring in another team’s T-shirt and $2 and voila: new GSU T-shirt for you!

The Homecoming parade is also a highlight of the week, it’s happening on Friday at 4 p.m. and not only do you have the opportunity to have some candy thrown at you during the parade, you also have a chance to grab some free food once the parade is over.  Don’t forget to check out the Wesley Foundation’s float, they never fail to disappoint.

In addition to the Homecoming parade and celebration on Friday, the men’s basketball team kicks off their season with Columbia International.  With a new coach, new players and the exciting prospect of a blank slate, it should be a good game to see just what the GSU basketball team has in store for us this season.

And finally, we have the football game this Saturday.  While I’m not saying that Western Carolina University is going to be a cake-walk, it should be a game that will allow the Eagles to end their season on a high-note.  And hey, if all else fails, the Homecoming tailgates will help you make it through the game.

Before you discredit Homecoming week as not for you, think again, because GSU has put together a great week for us at the Wonderful World of Georgia Southern.