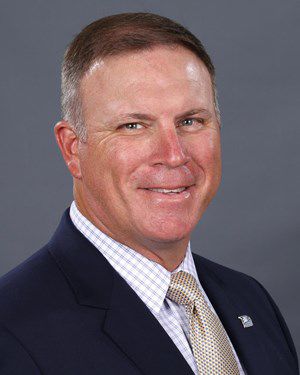 Kleinlein began his tenure in 2012 and the resignation will take effect on Jan.21.

He was the leader of the athletic department during the program’s move into the Sun Belt Conference and negotiated partnerships with Coca-Cola, Adidas and Learfield Sports, according to a press release. There were 12 conference championships during his tenure.

“Tom has made a tremendous impact on the growth and success of Eagle Athletics,” said Georgia Southern President Kyle Marrero in a press release. “During his tenure at Georgia Southern, he stewarded our football program’s move to FBS; oversaw the department’s transition to the Sun Belt Conference; and enhanced our athletics facilities significantly, including a major stadium expansion and construction of a state-of-the-art football operations center. Under Tom’s leadership, we won numerous conference championships and added new athletic programs, while our student-athletes achieved record academic milestones. Eagle Nation will miss Tom greatly, but we are thrilled for his new opportunity and wish him the best.”

In the past four years under Kleinlein, student-athletes have accumulated a 3.058 department-wide GPA, the highest in program history.

His future job has not been announced, but Kleinlein has expressed his gratitude to Georgia Southern in a statement.

“I would like to thank Georgia Southern University as well as all of Eagle Nation for a great eight years,” he said. “Statesboro has truly become a home for me and my family and we are sad to leave. We are also excited about new opportunities that await us. I feel like a lot has been accomplished in my time here, but it couldn’t have been done without the hard work and effort of all of the employees of this athletic department. I hope all of the student-athletes, coaches and staff members who have worked here during my time know how much they mean to me and I will forever be grateful I was able to serve and lead them.”

Coaches and players have bid their farewell to Kleinlein, often referred to as TK, on social media.

Head Coach Chad Willis, who just completed his first season with the volleyball program, took to Twitter to share his thoughts.

“TK was first class in our transition here as a family & staff. Will always be grateful for his support & the time he spent investing in our program & the lives of student-athletes! Wishing him & his family nothing but the best moving forward!”

“I don’t think there are too many ADs that calls their athletes after stepping down from a University. Say what you want about TK but he’s stood behind me since I got to Statesboro. Forever grateful for our relationship!”

“1st, thank you to the AD that gave a small time dude an opportunity at a Big Time Job! 2nd, In a job that you can never come close to making everyone happy but do your best & try to Do Right by people as best you can – Praying for you & your family all the best. Thank You TK!

An interim director has not been announced, but a nationwide search for a new athletic director will begin soon.