New Call of Duty is nothing new 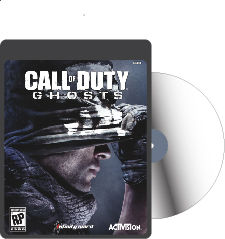 Infinity Ward’s newest addition to the Call of Duty franchise, “Call of Duty: Ghosts,” can best be described as a missed opportunity.

“Ghosts” was released on Tuesday to many eager fans who have been awaiting the release ever since the teaser trailers were screened at the Electronic Entertainment Expo (E3) about five months ago. The series picks up where “Call of Duty: Modern Warfare 3” left off, and it is never more apparent than in the single player campaign.

Most Call of Duty campaigns have been labeled as lethargic and unoriginal, with a few cookies thrown in to make them more interesting. The campaign in “Ghosts” is nothing new. The player runs around from small section to small section shooting at enemies, and that is about it. The storyline is continuing the stories of past “Modern Warfare” games, which is basically a World War III scenario.

With the plot being somewhat dry, especially compared to Treyarch’s “Call of Duty: Black Ops II,” it will probably leave much to be desired for series fans. If you like dogs, however, some missions will allow a dog to accompany the player. The dog can be commanded to attack enemies. It sounds eerily similar to Chop from “Grand Theft Auto V.” That is the biggest of the few changes to be found from previous installments.

Most gamers, however, do not buy Call of Duty for the gripping plot of the single-player campaign mode. Call of Duty makes its money from the online multiplayer. It is, once again, nothing new. A couple of somewhat-new game types can distract you from the monotony for a minute, but not long. There is a game type called “Infected,” where one player slowly infects other players and makes them join his or her team. Another is called “Cranked,” in which a player becomes stronger by completing kill streaks and such.

Visually speaking, the graphics and effects are a small step up, if anything, from previous versions. One could hope improvements could be made once the game is re-released on the Xbox One and PlayStation 4 when they come out later this month.

“Ghosts” may be one big rehashing of previous installments in the Modern Warfare saga, and less innovative than “Black Ops II,” but it will provide hours of amusing gameplay. Many gamers will be playing this and it will still provide a great multiplayer experience, just not a new one. The only thing it might do is cause a player to occasionally go back to “Black Ops II” for a change of pace.